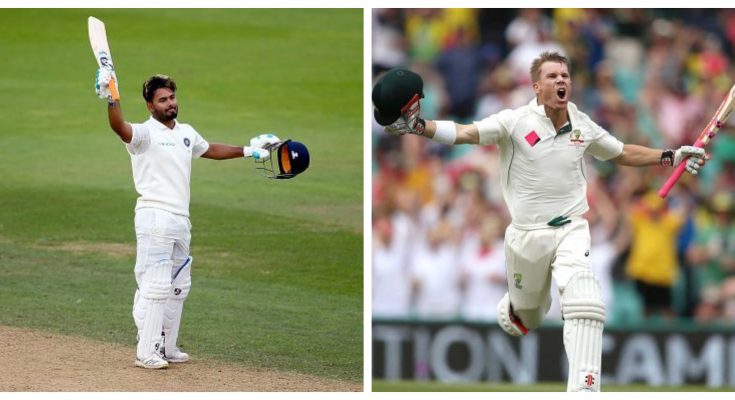 August 18 is a significant date for a Delhi cricketer. One might know that Virat Kohli made his debut on August 18, 2008. Here, it is about another Delhi phenomenon. Rishabh Pant made his Test debut on 18th August 2018 in the third test at Trent bridge. He has been quite phenomenal since then in the longer format.

However, he had an indifferent start to his career in limited over matches. Especially in One Day Internationals, he hasn’t cracked the code yet. Despite the limited sample size, Pant averages 22.9 in ODIs in 12 matches.

Now, this is where we draw a parallel. Let’s go back to 2008-09. David Warner took the cricket world by storm after making 89 of 43 balls on debut in a T20 international against South Africa. He was the first Australian player to play for the country before making his first-class debut. Warner was phenomenal that season. He averaged 34 in nine matches at a strike rate close to 140.

Rishabh is also excellent in T20s. In the Indian Premier League, he has been consistently performing since 2017. He had a breakout season in 2018, where he scored 684 runs in 14 innings. He was consistent in 2019 with 488 runs at a strike rate of 162. Pant hasn’t performed much in international T20s. He has played only 18 matches and averages 21. In most of his initial matches, he was batting at number 5 or 6. He bats at number four for Delhi Capitals.

Warner made his Test debut in 2011. He was very successful in the longer format as well. He scored 590 runs in nine matches at an average of 42 and strike rate close to 70. Warner made two centuries and one of them was against India. He scored a century on the first day of the Perth Test after India were all out for 161. He ended up scoring 180 runs at a strike rate of 113.

Rishabh Pant made his debut in England last year. He started his Test career with a six down the ground. He has scored two centuries one in England and other in Australia. Pant also scored a couple of scores in the nineties against West Indies at home. He averages 49.71 at a strike rate of 73.8. His wicket-keeping is something, which is still under progress. Purely as a batsman he has been consistent so far.

Now here comes the bewilderment. Both Pant and Warner were exceptional in Test cricket and very good in T20s didn’t have a great start to their ODI career. Warner averaged 17 in his first season in 2008-09 in ODIs. He was dropped from the ODI circuit and didn’t play until after the 2011 World Cup. Pant made his debut last year and he is yet to score his first half-century. His highest score is 48 against Bangladesh in the World Cup.

For someone so good in two formats, both have struggled to get their ODI career going. Let’s look at a few possible reasons here.

As much as it indicates their boundary hitting prowess, it also talks about their dot ball percentage and inability to rotate strike. Pant has scored the remaining 43% of his ODI runs at a poor strike rate of 47. Warner also had the same strike rate for the remaining 53% of his runs in 2008-09.

This depicts their inability to rotate strike freely without scoreboard pressure. In Test matches, the field is up for most period the innings. It is why they were able to pick gaps easily and score boundaries. Thus they weren’t succumbed by scoreboard pressure in the longer format.

As far as T20s are concerned, the boundaries are bit smaller and there’s less price on the wicket than in ODIs and Tests. It helps them play freely and score with high-risk shots without any pressure on them. Whereas in ODIs, there will be periods where the field is spread and boundaries are not easy to come by. Rotating the strike becomes the key factor here and both Warner and Pant struggled at this.

Since Warner came back into the ODI setup, he has tried to rotate the strike and build the innings. In 2011-12 Warner scored 770 runs at an average of 40 and strike rate of 87. From there, he never looked back. He has a career average of 45 at a strike rate of 95. In those couple of years when he was dropped, Warner went back to domestic cricket and worked his way up.

However, Pant will not have this luxury of going back to domestic cricket as he is playing all three formats. Because he is good in Test cricket and an integral part of the squad, he will not have much time to work on his skills away from the game. And he is going to be judged for every match he plays and those unnecessary boundary shots that get him out in ODIs.

Given a longer rope, I believe Pant will soon turn around things as Warner did. Hopefully, that day is not too far.