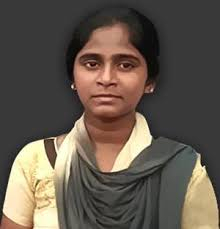 It’s been a year since her death. This 17-year-old girl just wanted to study medicine and nothing else.

Yes, this blog is about Anitha who committed suicide for not being able to pursue her dream which is becoming a doctor.

Every other newspaper’s headlines were “Dalit girl committed suicide”

When we use caste to promote us, to project us, we are dead at that moment.

Let’s hope that we don’t miss anymore Anitha from now on.