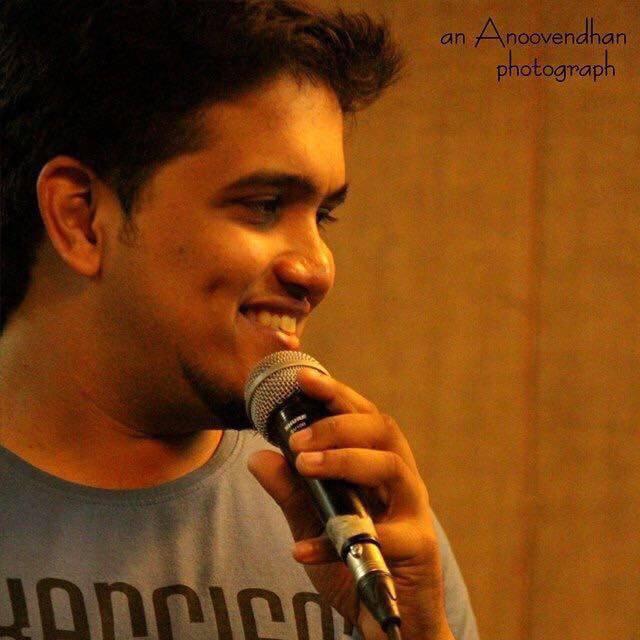 If you are a Super Singer fan, you will be familiar with Ganesh, who was a contestant in the fourth season and of course, one of the best singers. In the US now, Ganesh has been pursuing music globally by composing songs for albums and TV commercials. He right now is working on his next release, ‘AvalumAvanum’.

I caught up with the man himself.

Ganesh, do tell us a bit about yourself:

Singapore raised, a classically trained singer, and I was a contestant in SS4. From there on, my work spanned from the stage to the studio. I have been composing and singing playback songs and commercials, been performing live all around the globe. I’m also a data scientist.

How do you manage work and music?

I do not believe in the term work-life balance! Being extremely passionate about both music and my work, I give my best to both as the situation demands. I ensure that one always complements the other!

Excellent! Talking about your next song! You have collaborated with another artist, right?

Yes, she is Roshini Srinivasan, my co-composer and singer of the song, AvalumAvanum, my new release. She is US-raised and trained in both Western and Indian music, and has pursued both independently as well as crossover work. While pursuing music, she is simultaneously working towards her Doctor of Medicine degree, because she believes that art and science are part and parcel of one another.

So, what brought you guys together?

The passion for Tamil music brought us together and ultimately led to an amazing journey of collaboration. After setting up a professional-level home studio, it is here that “AvalumAvanum” was conceptualized, visualized, lyric-ed, put to music and brought to life.

Tell us about your next song, ‘AvalumAvanum’…

To talk about the song-

“AvalumAvanum,” co-composed and written by Roshini and I is an energetic love ballad at first glance. But, at a fundamental level, it talks about hope of uniting two entities: uniting people, uniting visual art and poetry, Tamil and English languages while uniting Indian and American and music.

TEDx was one hell of an experience: Vijay Pravin Maharajan opens up!

I am a Meme Creator and I am proud of it!

I wanted to do something more than just edit for the authors: Dhivya Balaji

I want to make people aware of Lupus: Sangeetha | My Story