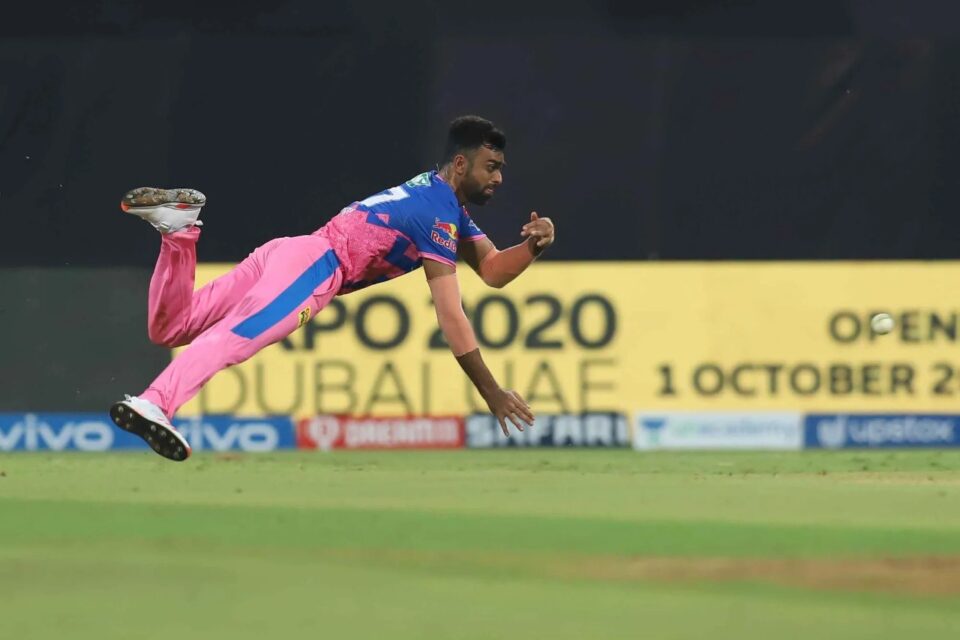 Unadkat has these expressive eyes that usually tell you what he is going through at the moment. His eyes will talk you through about which Unadkat has taken the field for the day. People and media usually know the one they see during the IPL. The one that was bought for a hefty amount in the auction for two years in a row and the one that didn’t live up to expectations. This Unadkat has faced trolls more than anyone else in his team but nothing goes worse than the amount of pressure he puts on himself every single time he wears that Pink and Blue. Most of the time, he is just disappointed.

This disappointment is the fuel for the other Unadkat to perform. That side of Unadkat is also out there but not many know that or they just ignore them just like Indian selectors. It is all out there and Cricinfo stats is everyone’s friend here.

That Unadkat usually stands tall in Whites, used to just play for Saurashtra, now, he leads the side. After being named as the captain the mid-way through the season of the Ranji Trophy in 2019, Unadkat really did surprise everyone with his captaincy. He took the team to the final before losing to Vidarbha. He was one of those captains, who was ready to hear other players’ suggestion and was different. He ended up with 39 wickets that season with 7 wickets in the semi-final. It certainly was disappointing to end as the runners up that season but again, Unadkat used that disappointment as fuel to come back stronger in the next.

This time, everything fell in place for him and the team. He picked up 67 wickets, led the team from the front and helped them to lift the trophy for the first time. Now, he wouldn’t accept if you tell him that he was the reason for the team’s success, he would point at the team and would be happy to let go of any personal achievement if that would put the team on top.

That season, he was bowling wicket-taking spell for fun, made batters dance even on a flat pitch. He was going through overs after overs with no difficulties and made even the best batters unsettle. If he was aggressive with the new ball, he was able to make everyone fall in love with those beautiful reverse swings.

It was a season one could only dream and there is nothing special than lifting the trophy for the team. Again, it’s all out there. The records, the numbers everything. With more than 100 wickets in two seasons, Unadkat still stays invisible to everyone. Maybe, he loves it this way.

Tell him Unadkat that he deserves a chance in the Test team, his eyes probably would brighten up but he would say that there are bowlers who have done well, better than him, even though he had topped the number wickets that season. For someone who has taken so many wickets, he isn’t as aggressive as one would expect. He is not Sreesanth on the field but is more of a Trent Boult kind. He is more of a whisperer, someone who would even call you to tell sorry after picking your wicket. Such is Unadkat. He loves being this guy more. The one that is always calm no matter what day that is.

He is a nerd probably that’s because his father is a teacher in a college. An avid reader he is, he calls Malcolm Gladwell’s ‘Blink’ his favourite and there were moments on the field where these books have helped him to take decisions. For example, once he sent number eleven Chetan Sakariya above Sheldon Jackson because he was a left-hander, to counter-attack. No, it wasn’t during a league match but was the semi-final and the team was 15 for 5 at that time.

Another major incident that defines his presence of mind was during the final against Bengal. Now, everyone knows that Bengal bats deep. Even their number eleven batter can bat for a day. So, picking up wickets is the only way for Saurashtra to win the match. The team had lost a big wicket of Anustup Majumdar. Akash Deep had just walked in and was beaten. Keeper Barot threw the ball at the stumps but had missed it. Unadkat positioned himself to stop the overthrow and immediately he realized that Akash Deep was standing outside his crease. Unadkat threw at the stumps and that wicket changed the course of the game.

Unadkat has always been a leader and always wanted to be one. When he was young, he used to lead his local teams and to make them feel at home, he would ask his mother to make food for the boys as they plan for the game. He always made sure to make the players feel at home, like a family. He even used to buy them cricket gears.

This continued when he took over the leadership of the state team. He made sure to include everyone, feel like a family. That feeling was most important for the crew because the family usually stays together during each others’ difficult times. That Unadkat is special and he leads a life that isn’t known to many but he is happy that way too.

If he was someone else, he would’ve asked a million questions for not being on the radar after playing only one Test. His selection into the Indian was more like one of those days where a person had poor internet connection day and had to opt for normal texts. Once the internet and WhatsApp were back, the person never came back.
Unadkat, the normal traditional SMS app, still hopes that the person would come back to check him at least for those OTPs.

Nevertheless, he is in a happy zone at the moment, probably, the happiest he has been in years. To add icing to the cake, he just got married as well.

Now what’s left is to make the world sit back and watch him play. There is no better way than IPL to do this. One shouldn’t be surprised if he manages to reproduce his 2017 IPL season. However, Unadkat is more than just these four overs. He has improved his pace, can bowl any time of the day, can make the ball reverse swing, the one that Zaheer Khan used to seduce us all.