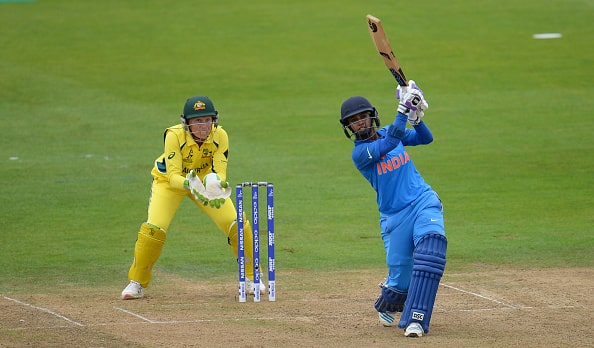 On this day, 2017, Mithali Raj became the first woman cricketer to score 6000 ODI runs. India took on Australia in one of the group matches and India batted first.

After losing Smriti Mandhana for just three, Mithali Raj joined Punam Raut. The duo slowly built a partnership and Raut went on to make a ton. She had eleven fours in her 106. However, the focus was all on Mithali Raj who became the highest run-scorer in women’s cricket when she was batting at 34. She crossed Charlotte Edwards tally of 5992 in the ODIs. Minutes later, she brought up 6000 ODI runs with a six off Beams and was given the standing ovation from the bench. India lost their way at the end and the team managed only 226.

Check this out too:

In return, Bolton and Mooney added 62 for the first wicket. Lanning replaced Bolton and after adding 40-odd runs, a small mix up means Mooney had to walk back. However, Perry’s unbeaten 60 and Lanning’s unbeaten 76 took the team home safe.

Talking more about Mithali Raj’s record, she now needs 120-odd runs to reach 7000. If things go her way, which is likely, she will be the first woman to achieve the same as well.