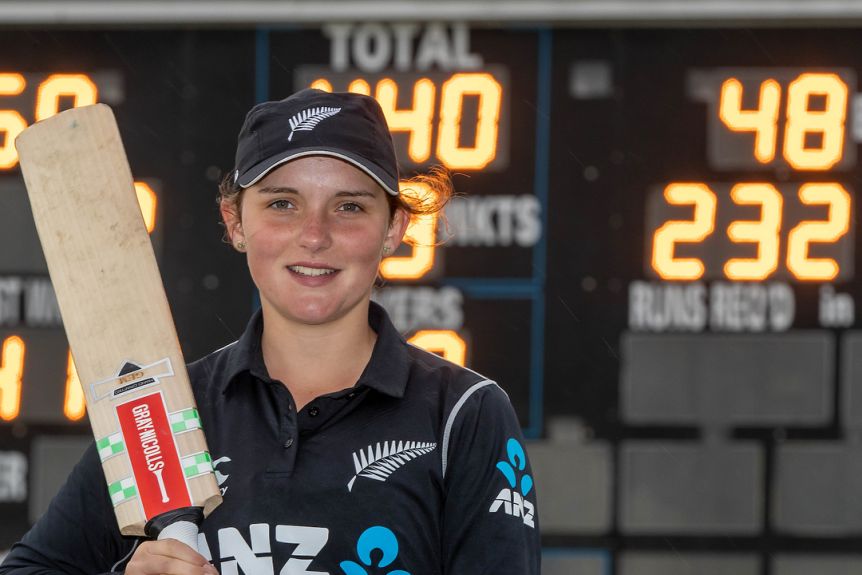 On this day, the world witnessed the brilliance of then 17 years old Amelia Kerr who broke the 21 years old record of highest ODI score by a woman.

When Kerr broke the same, she had no idea who is Belinda Clark, let’s not blame her, she wasn’t even born when Clark scored 229*.

New Zealand was experimenting with the top-order in all the three ODIs. In the first, we saw Suzie Bates batting at the top, the next match had Sophie Devine and the third had Amy Satterthwaite. In the first two ODIs, New Zealand managed to win by 300+ margin.

In this 3rd ODI, Kerr opened the batting with Satterthwaite after winning the toss. The duo added 113 for the first wicket. Enter Leigh Kasperek.

Kasperek’s highest score before this match was 21. It was a brisk move to send her at the top and she prevailed with her maiden hundred. She scored 113 and played the anchor role for Kerr who scored an unbeaten 232. The duo also brought up the highest second-wicket partnership with 295 runs.

The team scored 440, and in return, Kerr picked up 5/17. Ireland made only 135. It was yet another massive victory for New Zealand and this time by 305 runs.

Fun fact: 232 is Tawa home phone line extension, Kerr’s native; she revealed it in an interview with ESPN.

Gulabo Sitabo [2020]: A tale of the Scrooges and the old mansion

India should be ranked number one in Tests: Gautam Gambhir