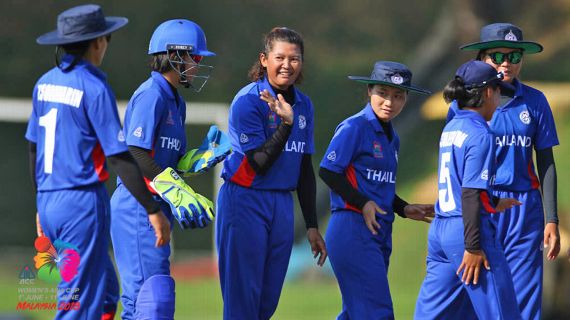 2018 Asia Cup threw up a lot of surprises when it comes to the result. First, it was Bangladesh’s first win over India which was also the first loss for the Indian team in the Asia Cup, now, the next, probably the biggest win was Thailand defeating Sri Lanka to register their first victory over a full member.

Batting first, Sri Lanka started off well with the openers adding 31 in four overs. Thanks to the off-spinner Liengprasert’s fifer, Sri Lanka found themselves in deep trouble at 93 for 8. Ranasinghe’s unbeaten 20 saved the pride of Sri Lanka who got out for 104.

In return, Chaiwai and Chantam added 43 for the first wicket and Chaiwai ended up scoring 43 off 56. However, Sri Lanka bounced back by picking up wickets and producing dots at the right time.

With the match going down the wire, Thailand needed 6 off the final over. It was Liengprasert once again who came to Thailand’s rescue as she scored an unbeaten 13 to take the team home safe and to script history.

IPL 2020: Base price of cricketers announced!