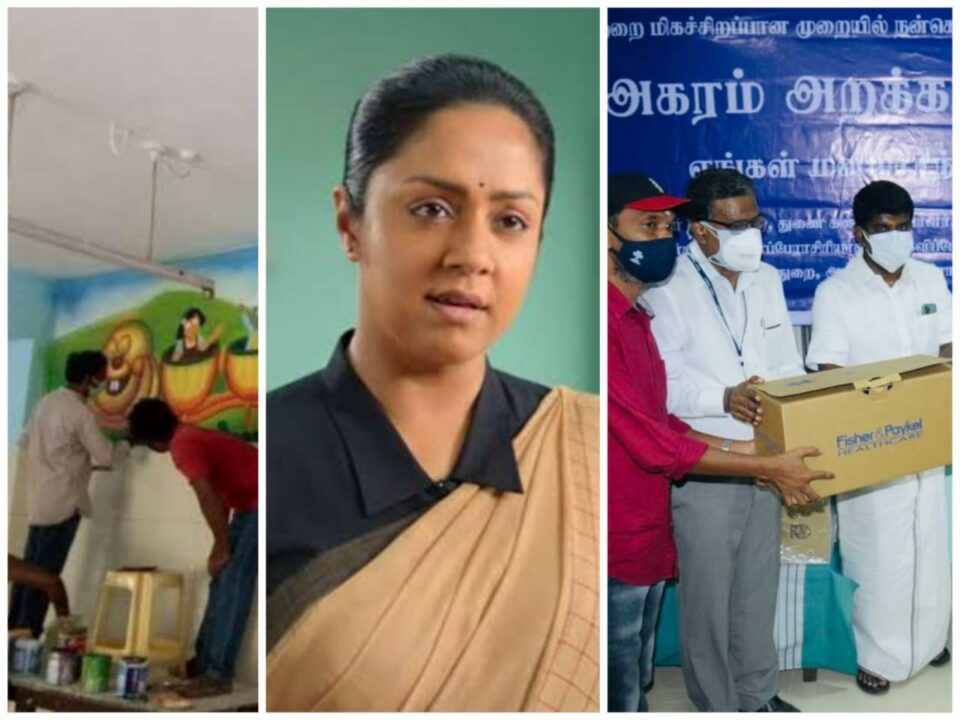 Actor Jyotika has come forward to donate Rs 25 Lakhs to renovate Tanjavur Medical Hospital which was in poor condition.

The actor sent the money to the Health Minister Vijayabaskar.

The ministers and other officials are appreciating Jyotika’s kind gesture.

A few months ago, Jyotika visited the hospital in Tanjavur where she identified that children’s ward, pregnancy ward needed a few equipments and renovation.

Today, she has donated the money for the same.

In a way, Jyotika has responded to “the” controversy very well.

A few months ago, in an award ceremony, the actress spoke about her visit to the hospital for a shoot, she was saddened to see the condition of the hospital.

She had compared the maintenance at Brihadeeshwara temple, Tanjore and the state of the hospital and had requested that people donated to the hospital too in equal measure. The video of the speech went viral on social media.

While there were people who appreciated her speech, many wanted her to apologize. Her family stood behind her during the incident.

She Inspires Us: Modi to give away his Social Media handle for an inspiring woman this Sunday