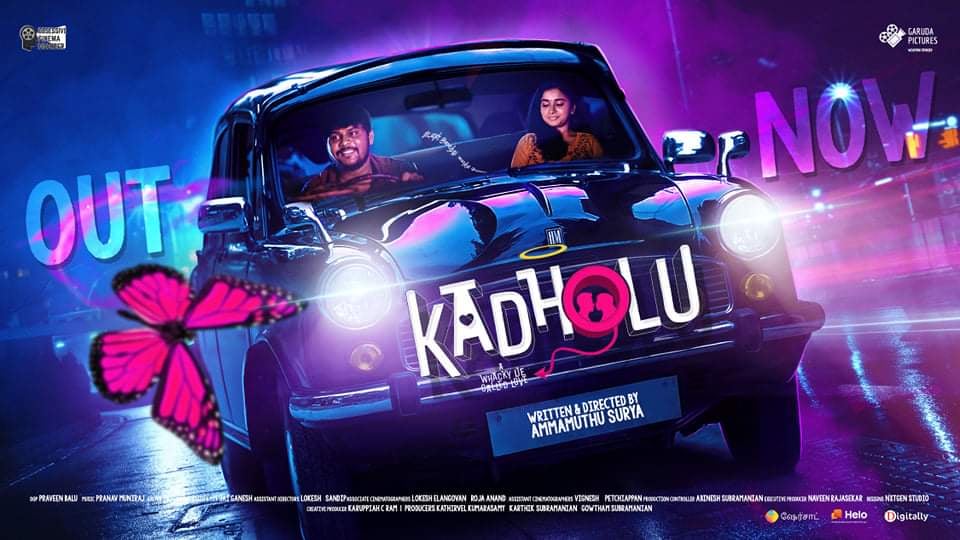 Knowing the certainty, of seeing someone we love or doing something we like every single day, is what keeps most of us going. It’s what we tell ourselves to justify why we get out of the bed in the morning. Even when we don’t find ourselves the courage to let that someone know we love them, We just find the happiness in that sweet bubble of sheer cruelty. And when that bubble is burst, it’s a hint. Life dares us to pick up that sudden, glowing determination to seize the love we hold dear to the heart. Kadholu is about such a love story in its own faultily perfect universe.

An unfiltered protagonist, Kali Rajkumar, struggles to confess his love for so long while his attempts pass through him in vain. The genius of this Tamil rom-com short lies in its dry-wit. Director Ammamuthu Surya copes with innovative humor mechanism in a wonderful way to laugh with and pity the person in his short. He has created his own universe in this 20 mins short. After all, Creating a universe that’s not anything like the reality is what cinema is for. And Pravin Balu‘s photography and Pranav Muniraj‘s music smoothly set the mood for this film. Selvaraghavan’s Irandam Ulagam (2013) introduced us how love transcends multiple reality. Dir Surya shares the only thing that’s common in any universe, love. Cinema is about escaping the reality and finding the hope to go on when a film ends. The team of Kadholu has exceptionally done with its visuals and designs with the liberty it has for a short film.

Dir. Surya sets his cinematic reality when the protagonists takes a car to go for a night ride. He comically records the struggles of a young man in love who we laugh with and root for at the same time. The man is frantic. He wants to say his love out loud at various moments of life but reserves himself from doing it. He believes in the conspiring reality that his love will see the day of light one day even when he doesn’t say it out. To his luck, it happens too. The girl, he is in love with, Aarthi, is aware of his “heart process” much like his thought-process. She realizes his love for her. You ask how? It’s the women’s instinct. So, when the man’s love is uttered for real out of his swarming mind for the first time, even when he has got himself and the girl in a pickled situation, even when he strongly believes that his love will be turned down for sure, there is a place for his love to seek refuge – only fact is, he doesn’t realize it. He scares his love might be turned down for someone else in the girl’s life and the fear of losing whatever he has now. Though certain repetitions in the film distracts a bit , it comes out as a beautiful, well-made short.

It’s human nature to ask why and overthink, even when something good happens to us. The man is not even remotely optimistic and subconsciously believes he deserves the struggles and thinks things that could hurt him. He does fight his struggle one last time and comes up with a desperate attempt to save his love. The man’s overthinking ability to complicate things stand in his way to find his happiness that’s within his reach. Kadholu is all about telling you to stop overthinking and confess the love. You never know, you might get lucky. Even if it’s not something you expected, at least, you will be relieved that you got it out of your system. Watch this fun 20 mins short here:

Favourite films 2019: Why I liked Petta!

Parents can serve you as reference but it’s your talent that takes them forward: Khatija Rahman

I got the idea of 6 packs from Ajith: AR Murugadoss