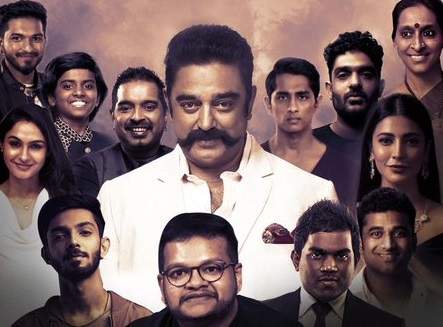 Amid lockdown, Kamal Haasan is doing his bit by helping out people during this tough time. While he is barred from going outside, blame his age, he is doing the necessary assistance to his young volunteers from home.

Now, the actor has written and recorded a song titled “Arivum Anbum” which also features multiple singers from Shruthi Haasan to Shankar Mahadevan. The song is composed by Ghibran.

Talking about the song, Kamal Haasan told that it is a song of hope.

“This (song)may not give you ideas, but will tell you what we can be, what we have already been… it’s a reminder and an anthem of hope. It is like saying that hum kamiyaab honge, and we need it now because we are already worried about what will happen. Things are all going to change — the world, artistes, corporates, dissemination… We will have to calm ourselves and convince ourselves that we can adapt. The song is a reminder of what we are capable of”.

“This piece of music will help them stay positive. Spreading positivity is easy. Even if you enter a colony of people afflicted with leprosy, you can spread positivity. It won’t give them back their finger that they lost due to leprosy, but it will give them hope.”

While One Thappad is the beginning, why is it not enough for some people yet?

Lockdown likely to be extended: Modi to opposition leaders

COVID19 in Chennai: Complete lockdown from 26th to 29th!