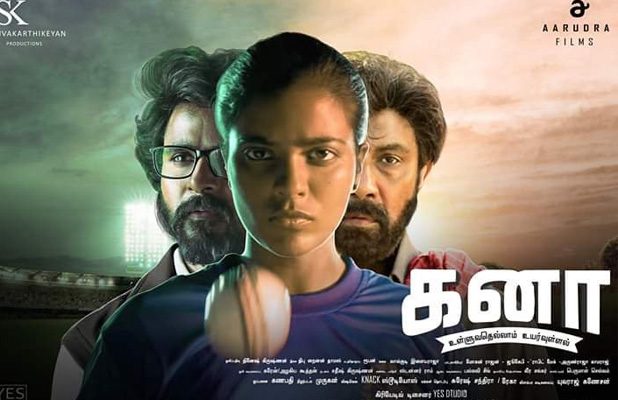 To me, the movie Kanaa is all about dreams, overcoming the challenges. To me, Kanaa is personal. I can relate to a lot of dialogues. The scenes where Aishwarya Rajessh faces ‘bullying’; Every time she was told that she doesn’t belong to the ground, it was something I could relate to the highest point.

I write about sports. I write about cricket. To get to this point, it wasn’t easy. The trolls, the abuses, even I had murder threats once. I faced/ face gender discrimination every single time. A lot of people keeps telling me that I’m a girl and I’m shouldn’t write about Sports. A lot of people couldn’t take up the facts about their stars and asked me to quit saying that I don’t belong here. Even those who appreciate starts with the sentence ‘Being a girl..’. This isn’t right. Sports doesn’t know the gender. It’s common for all of us.

I prefer watching movies alone be it FDFS or any other show. People used to raise eyebrows. People keep asking me why. People keep questioning about my safety. Initially, I was afraid as well, but later I made sure all these didn’t affect me and decisions. I made sure not to give up.

When I saw those mass dialogues in the trailer, I was afraid how it is going to work out in the movie. It was well placed along with the story and did make the crowd whistle.

Aishwarya Rajessh wasn’t all perfect as a cricketer and that flaws added more weight to the movie because it was too natural. Right from Satyaraj’s struggles to Siva Karthikeyan’s subtle acting, everything worked out for me.

Arunraja Kamaraj knows what the crowd expect and made sure to stay within the thin line of truth and sanity. He did get tiny detailing right. For example, the amount of crowd.

The timing of the movie release is actually a great plus point. With all the popularity and the controversy that is revolving around the Women cricket, Kanaa did hit the screens at the right moment.

Surrounded by the glamour and hero-centric movies, Aishwarya Rajessh stands unique and is silently creating a strong base for herself. With the number of movies she already has for the next year, I’m sure she will keep rising.