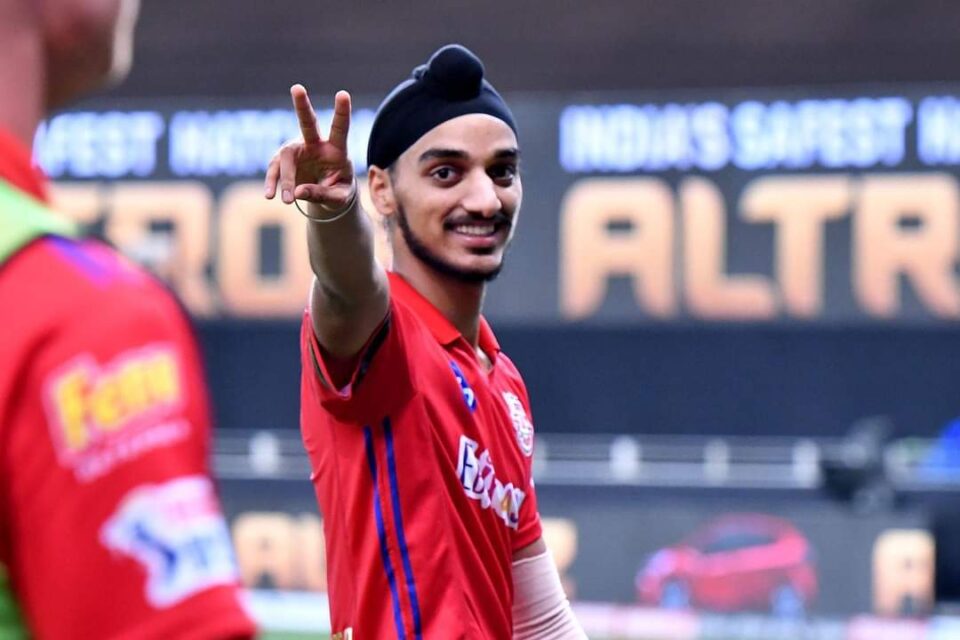 At least one-third of the Indian population plays cricket or even more. Gully, local, street, domestic leagues, Tennis ball, leather ball… The list goes on. However, only very few players make it to the next stage. Those are players who are willing to give everything on the field. Even if it means giving up everything they learnt when they were young.

Arshdeep Singh was fifteen when he first made it to the age group match for Punjab. It was when he realized that he was failing. He was nowhere near something, what you call as a “good bowler”. He had poor follow-through that could lead to injury, his wrist position gave away everything to the batters, and there was no surprise element. He wasn’t thinking. He had no USPs. He had the same four deliveries that came in order. Maybe, it worked when he was young. At the bigger stage, it takes more to outsmart the batters who have the upper edge in the shortest format of the game.

Arshdeep was ready to do anything to get back into Punjab. Jaswant Rai, his coach, knew what he exactly wanted. For the starters, Arshdeep did have a good pace, good height and his fitness came from the way he cycled back and forth to the home and coaching class, school.

He lived in Kharar which is almost 15 km from his school. The buses were usually full, and he couldn’t find a seat. Travelling with the cricket kit made things even worse. So, he bought a cycle. Every single day, he would start his day early would drive his cycle with kit bags, and after school and practice would return home. In a way, it saved him money, in a way, driving 30 km every single day helped his fitness.

He took one step at a time, changed his wrist position, slowly brought his hands closer to his ears, a way more straight than he usually did. Then he worked on his follow-through. He worked on his bouncer and yorker; learnt to mix deliveries.

Three years later, He made heads turn in the 2017-18 Vinoo Mankad Trophy, where he was the 2nd leading wicket-taker. He had 13 wickets from his four matches and then followed it up with a good performance for North Zone Under-19.

Rahul Dravid and Venkatesh Prasad, who witnessed his bowling were totally impressed, and soon he made it to the under-19 team as a replacement for Anukul Roy for the U-19 Asia Cup in 2017/2018.
Though he couldn’t perform well, Arshdeep Singh was determined to get into the World Cup team. He had Challenger Trophy to prove his skills. He went wicketless in the first two matches and everything seemed like falling apart.

Now, Arshdeep tends to go hard on himself if he doesn’t perform well. He would go crazy if he doesn’t achieve his goals. There were times when he wouldn’t talk to his parents if he failed to pick wickets for continuous matches.

He did go hard on himself, worked hard for the 3rd match and ended up picking 5 for 19. He then booked his flight to New Zealand for the Under-19 World Cup after his performance. Also, he earned trials with Mumbai Indians and Kings XI Punjab. Mike Hesson was the coach of Punjab and he gave Arshdeep, three scenarios. To defend 15, 10, 6. He had six deliveries. Arshdeep gave away just 9, 8, 4. Punjab team were super impressed and what followed was IPL contract.

Arshdeep had no idea about the auction and was playing in CK Nayudu trophy. He returned with 8 wickets in the 2nd innings against Rajasthan which included a hattrick. He had 10 wickets in that match. After a long, tiring day, Arshdeep returned to his room where he was flooded with messages and notifications.

While IPL contract came as a blessing, Arshdeep was trying to get into the Ranji Trophy side which didn’t happen till 2019.

He then went on to play in the Under-19 World Cup 2018 where Shaw led India to yet another trophy. Arshdeep played in 2 matches and ended up picking up three wickets while giving away just 20 runs.

He then went on to make his List A debut in 2018 with Vijay Hazare Trophy. He played in 5 innings and returned with 6 wickets.

He played in three matches for KXIP in 2019 season and had three wickets to his name. A much-improved bowler now, Arshdeep learnt how not to panic while bowling to bigger stars. For example, he came up with an excellent delivery-very wide- to Andre Russell and dismissed him after giving away a four in the previous delivery.

This tournament, Arshdeep has kept things simple, backed his ability while listening to his skipper. Well, this is just the beginning.