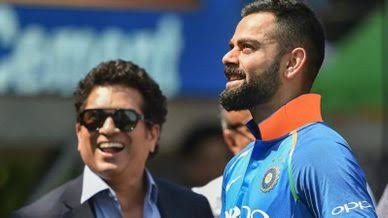 Virat Kohli in his recent interview with Mayank Agarwal for BCCI said that Sachin Tendulkar’s advice helped him improve as a batter after 2014 England tour.

Kohli who had a dull series with the bat in 2014 at England, averaged just above 13 in five Tests.

During his conversation with Agarwal, he said that he made small changes to his batting technique through consultations with Sachin Tendulkar, Ravi Shastri and Duncan Fletcher to become a more rounded batter.

“My hip position was an issue during that England tour [in 2014]. It was basically not adjusting to the conditions and doing what I wanted to do. So being rigid doesn’t take you anywhere. It was a long and painful realisation but I realised it,” he said.

I came back [and] I spoke to Sachin paaji [Tendulkar] as well in Mumbai. I did a few sessions with him. So, I told him I’m working on my hip position but he made me realise the importance of the big stride, the forward press against fast bowlers as well,” he said. “So the moment I started doing that with my hip alignment, things started ironing out pretty nicely for me and then I became more and more confident with following that pattern and eventually that Australia tour [2014/15] happened,” he concluded.

Adding more, he explained how Ravi Shastri helped him out.

“He called me and Shikhar [Dhawan] to his room. Shikhar also wanted to have a word with him about something. He called for a bat as well. He told me something which I started practising after which is standing outside the crease, and he explained the mindset behind, ‘You should be in control of the space you’re playing in, and not give the bowlers so many opportunities to get you out. So many dismissals get taken out when you’re outside the crease, and you can really understand the position you’re in.’ I started practising that in Australia afterwards and the results were unbelievable.”

There was another interesting little chat with Shastri which was an example of Kohli’s determination. “Ravi bhai asked me that if I was scared of short ball,” Kohli laughed.

“I said I am not scared and I don’t mind getting hurt but I don’t want to get out,” the India skipper added. 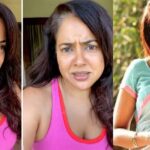 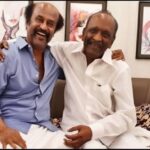