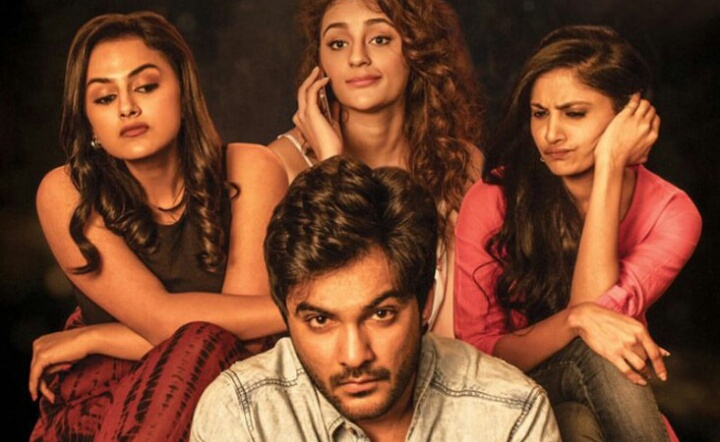 A Quote from Milan Kundera‘s novel, The Unbearable Lightness of Being states, “When the heart speaks, the mind finds it indecent to object.”. I felt Director Ravikanth Perepu‘s Krishna and His Leela (KAHL) treads on an unprejudiced, eluding craft that bases itself in the underlying meaning of this quote. A young man, Krishna, realizes that he is on a quest to find himself while struggling to decide what’s the right thing to do in love. His indecisive battle, between dismissing his feelings and embracing them, toss him up and down until it comes to a halt.

KAHL’s sensitively constructed narrative, which explores the man in quandary, is simply mind boggling. It strikes as a revelation of another dimension in the world of relationship entanglements. The brilliance lies in the story when it tries to evoke the percipience and not the poignancy. Should the love be labelled as love only if it weighs one down with its weight, without setting one free?. When being obsessed and inadequate and entitled are misunderstood as love, it always feels right it’s too soon to call it that before realizing one’s true self.

Krishna’s (Sidhu Jonnalagadda) character arc is meticulously developed from being a clingy, immature, emotionally unstable lover, who doesn’t give Satya (Shraddha Srinath) the personal space she needs, he becomes someone who is able to distinguish between obsession, infatuation and love. He begins to introspect the spectrum of his feelings and concludes his generosity in love which obviously contradicts the perception of love in reality.

On one hand, Satya, an ambitious young woman, who doesn’t endure the conundrum of suffering between passion and love. On the other hand, Radha (Shalini Vadnikattyi), an equally spirited young woman, who perceives the man of her love, Krishna, as her passion. Satya leaves Krishna when he was an immature lover but later when she sees him after years who has turned out to be a decent sort, she states this is how she always wanted him to be. And the subtlety screams loud here that she might be thinking that it’s because of her departure that Krishna is whoever he is now. She feels the sense of entitlement. Can that be love?

Radha feels inadequate in her relationship with Krishna and she is absolutely right to feel that way. But When she comes back into his life after an accidental pregnancy, Can that be called love? Might she be giving importance to the taboo associated with losing one’s virginity to someone she loved and not really believing the odds of finding another man out there in the gutter who understands her for who she is?

And the protagonist, Krishna, thinks that loving two people equally, is the only way he can be honest with himself. As a spectator, We either might call out the protagonists’ decisions when they do it all wrong or stick with them for their reasons and decisions. But here, We are equally as perplexed as Krishna. It’s easier said than done to decide in the place of the protagonists. But would we consider ourselves feeling contented if our protagonists suppress their innate feelings and desires rather act and explore on it before realizing who they are? There are somethings we have to learn it the hard way. And embracing the quandary is one of the most difficult decisions to truly find the self in a quest. Love just can’t be an emotion that rises to the surface with entitlement adhered to it or at least how the cinema has been setting up the stereotype for years.

Balu Mahendra’s Rettai Vaal Kuruvi (1978) has a stark resemblance to Krishna and His Leela. While the former talks about planned pregnancy and ditching the stigma associated with pregnancy out of wed-lock, the latter is still confused about it. Rettai Vaal Kuruvi laces the poignancy with comedy while KAHL places a huge weight on one to introspect and to find his/her purpose of existence. The beauty of Krishna and His Leela is that it pulls this of without a tinge of vulgarity while treading this thin line of love triangle. Love just can’t be something that we seek in order to only fill the void in life while tethered to the reality. It’s still the thing we seek even when we know it can’t be filled in from the outside but only from within. And when the void disappears, life makes it easy to seek the love that backs us to surpass ourselves, to make us better humans who learn to give the space, time and energy to whom we love.