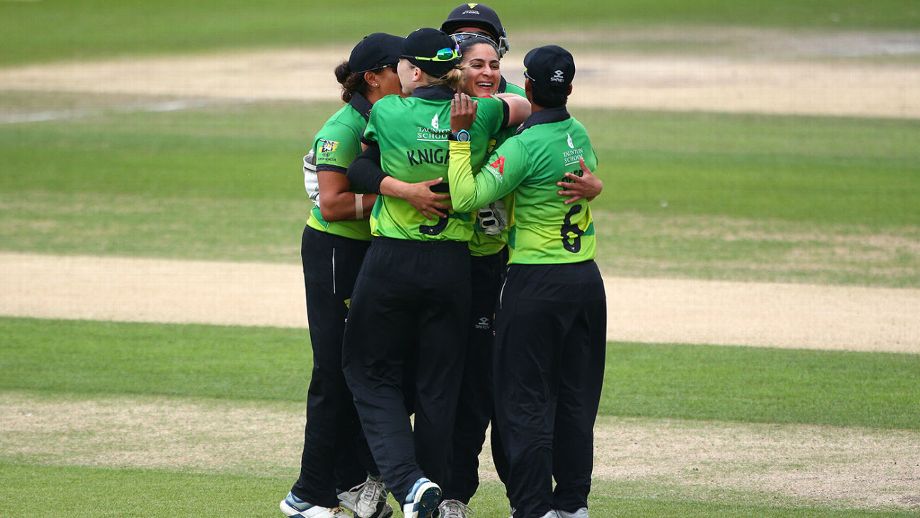 Captain Heather Knight’s unbeaten 78 and Deepti Sharma’s 39* helps Western Storm to win yet another title in the Kia Super League.

Opting to bat first, Vipers produced some excellent fireworks, thanks to Wyatt once again. Her 73 off 42 deliveries had Vipers on the driver seat. Deepti, the captain’s go-to brought Storm back to the game by dismissing Wyatt and restricted Vipers to 172.

Chasing the total, Storm was taken aback as they lost Smriti Mandhana early. While Priest and Knight were batting, the match was hanging in balance, thanks to the run-rate. After Priest’s departure, Fran Wilson added a few but it wasn’t enough. Storm needed a hard-hitting innings from anyone in the team and it was Deepti Sharma to the rescue once again.

Deepti Sharma doing Deepti Sharma things took the pressure off Knight and kept the scoreboard ticking. Vipers couldn’t do much than watch some stunning display of cricket from two of the best in the world.

Western Storm started by winning the first title in 2016 and now, they bid farewell to the KSL with the title. The four years of entertainment that played a major role in developing the women’s cricket finally comes to an end and will be replaced by The Hundred. With new beginnings, let’s hope that The Hundred brings in the same joy as KSL did.

Of course, KSL had so much to offer to the Indian cricket and its vice versa.

Thank you, KSL for the memories.