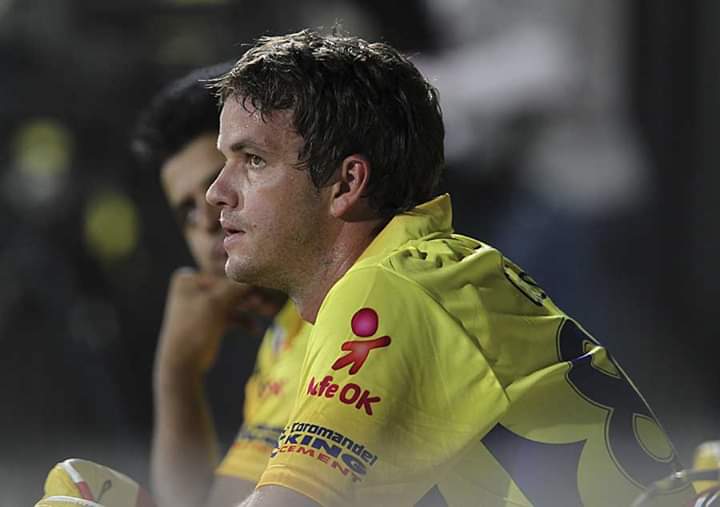 Cricket fans, including those who played the game, live by comparing a new talent to a legend. They cannot stop providing stats, finding similarities and how this young talent is going to fit in the shoes of a legend. Every single country does this, and we are all the same. The hatred about the comparison is obvious too, that’s for later.

Most cricketers fail and visibly shrink while trying to match the expectations. Some do go beyond expectations, and some fall in between and gets lost.

Morkel got lost in the game he once loved. Oh, the other Morkel, not Morne. The older but not the oldest of the family. Even in the family, he was that middle child who became an all-rounder while both his brothers were bowlers.

Now, he wanted to be different. He wanted to be Albertus, but everyone else pulled him down and wanted him to be a Morkel or an Albie. It was difficult for him to be constantly in the spotlight.

He was called the next Lance Klausner, sometimes, Little Polly. Nobody wanted him to be Albertus. His coach made him to clear his leg, and to go for big hits, to open his scoring options. He learnt to love hitting the ball hard rather than an elegant drive.

If something that worked well for him when there was an amalgamation of Easterns and Northerns, was this advice from his coach Well, who knew he could’ve been better if he just went with the flow, with those elegant drives.

2004 was a good year for him, and he debuted for South Africa where he got lost in the star-studded line-up. He began to shrink further despite various opportunities and finally had a go at the T20Is.

Morkel never really met the expectations in the greens. He debuted in 2004, he had a good run in 2009, but he never really stood tall. He was insecure. Who wouldn’t be if you had everyone watching and judging you all the time?
They didn’t allow him to be himself. Well, most of the times. There wasn’t a great clarity of his role. When South Africa needed a batting all-rounder, he was doing well with his bowling in the domestic circuit. When he became otherwise, the team’s need changed.

In his first match, he batted in the top and was given just a few overs to bowl. He wanted to be otherwise, but it didn’t happen. During his last match, once again he batted at the top, and this time he had 41 and didn’t bowl. In that match, Parnell opened the innings. Now, you get the point, right?

The roles, the batting order wasn’t really clear. He could have been a different player if the team made him feel secure. Having said that, the opportunities to play for the national sides are normally limited. There are a million kids waiting outside with lustrous records. Albie did not make use of the talent as well as the chances given to him. He does regret everything now. Had he given a chance now, he would love to go back and change them all. Unfortunately, it’s too late with the green. Maybe, as a coach, he could do wonders because nobody knows what expectations can do than him.

Chennai Super Kings spotted him during his run in the 2007 World Cup. With CSK, he found his second home. He brushed shoulders with some of the legends of the game right from the first season. He added the value to the team. He was comfortable to go out, free his arms and never worried about anything. Nobody really thought he would be a star, a saviour in the Yellow. Maybe, the eyes were on the legends that nobody expected anything from him. Maybe, it was the first time he is feeling no pressure to fit in someone else’s shoes. The match-winner in him came out strongly while playing for CSK. The Yellow really suited him.

He had the staffs whom he knew for years, and nobody was judging him for his poor day too. He was one among them, and he enjoyed the duty given to him.

Also, the plan, the roadmap was given to him right before the tournament and his role was very clear. Maybe, the clarity worked well for him. He would come at number five and would finish the matches, and even if he didn’t, the team had MS Dhoni at number six. He didn’t have anything to worry about. Neither result nor his performance. Everything fell in places when the pressure was off.

CSK was chasing a mammoth total of 206 against RCB. Gayle and Kohli took the bowlers to places and chasing something this big, CSK needed special performances. They found one from the willow of Faf Du Plessis then RCB bounced back. With 43 needed from two overs, CSK looked a bit out of control. Enter Vettori’s poor decision of making Kohli bowl at the crucial stage of the match. Enter Albie.

A four that went behind after kissing the inside edge of Morkel’s willow was followed by a mighty straight-six. A thick edge behind and this time the ball went past the fine third man for four. A mighty hit over the long-on region just as clear as one could imagine. Then a couple to wide-long on, followed by yet another six over the long-on. The last one was the mightiest and in a whisker, he made the target reachable. 28 off seven balls, he scored, that changed everything. Then Vinay Kumar’s no-ball and Bravo’s heroics in the final over took CSK home.

Years later, he came back in a different jersey, wearing that Delhi one and provided Daredevil innings against his favourite CSK. He scored an unbeaten 73, gave hopes to his men and almost pulled a miracle. Sad that he had to lose the game by a minute margin.

There were few other matches where his bowling came good, and he really did prove to be a match-winner. The same quality that once made him the most capped T20 player in the world. Now, there are a few players way ahead of him, well, blame his retirement.

The man who lost to the game is currently enjoying his life as a coach, as a father and is juggling between different works. Most importantly, The fear of not matching the expectations is long gone now.