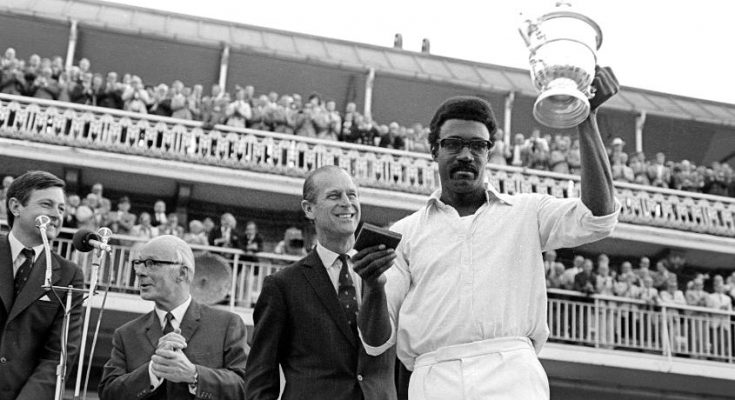 It was just an experiment, and the World Cup lasted just six days with multiple games on the same day. The prize money was 4000 pounds for the winners, 2000 for the runners up and 1000 for the semi-finalists.

In 2019, the prize money for the winners is $4 Million, and the World Cup will last at least for six weeks. Imagine the growth!

The concept of ODI was still in the early stages, and there were only 18 such matches were played between the Test Playing nations with India playing two of them. Each match had 60 overs, unlike today.

The eight teams were split into two groups, and the top two from each group advanced to the semi-final.

First Match:
In the first match of the tournament, India took on England. The first ball of the men’s World Cup was bowled by Madan Lal, and the first wicket was taken by India’s Mohinder Amarnath but these weren’t enough for the Indians to stop the England power who went on to score 334/4, thanks to Amiss’s ton, Fletcher’s 68, and most importantly, Chris Old’s finisher knock of 30-ball 51*.

In return, India’s master batter produced one of the slowest, strangest knocks in the history of cricket as he amassed 36* off 174 deliveries with a boundary. This knock was termed as the “most selfish ever” by many.

India then made up with a 10-wicket victory against East Africa where Gavaskar scored unbeaten 65 off 86 deliveries, and Farokh Engineer scored 54* off 93 while Madan Lal picking up three wickets for India.

Australia and New Zealand were the dominating sides from Group A, and they pushed India down to qualify for the Semi-final.

In Group B, Australia and West Indies were the powerful sides, and they rattled both Pakistan and Sri Lanka.

The most entertaining match of the World Cup was played between Pakistan and West Indies where West Indies defeated Pakistan by one wicket. After scoring 266, the bowlers, especially Sarfraz Nawaz (four) grabbed wickets to put West Indies at the back foot, and they were reduced to 168/8 where captain Clive Lloyd scoring 53. The Wicketkeeper Deryck Murray alongside Vanburn Holder (16) and Sir Andy Roberts (24*).

In a match against Sri Lanka, Jeff Thomson’s Fiery bowling made heads turn as the pacer, though picked up only one wicket, managed to send two of the Sri Lankan batters retired hurt.

First was Duleep Mendis who was hit by a fast bouncer and had to leave the field immediately. Then it was the opener Sunil Wettimuny who escaped the bouncer but couldn’t escape the fast yorker which broke his foot. Sri Lanka eventually fell 52 runs short while chasing 330.

In the semifinal, Australia defeated England and West Indies defeated New Zealand to reach the final.

For Australia, it was Gary Gilmour who took 6/14 to push England to 37/7 and the latter managed only 93. In return, Australia also lost six wickets for 39 before Gilmour’s 28 off 28 rescued the team.

Whereas, New Zealand, despite a great start of 90/1, managed only 158 in the end and West Indies went on to win the match convincingly.

In the final, Australia fell 17 runs short of West Indies’ 291. It was Clive Lloyd (102 from 85 balls, 12 fours, 2 sixes) who took West Indies to the respectable total and for Australia, the run-outs were the main reason. Australia lost a total of five wickets for run-out and three of them by Viv Richards. There was no man of the series award during the first edition of the Men’s World Cup.