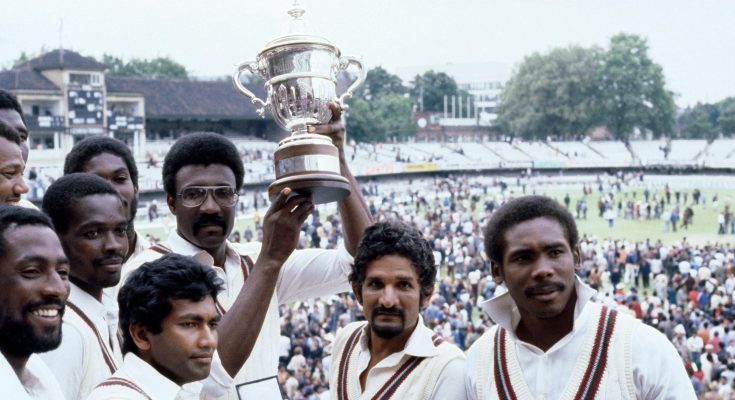 The second edition of the World Cup was similar to the first one, 1975 World Cup, held in England with eight teams participating. The six then Test playing nations- Australia, England, Pakistan, India, West Indies, New Zealand- along with Sri Lanka and Canada.

Unlike the first World Cup, the 1979 World Cup was mostly low scoring affairs with no team crossing the 300-mark. Also, the last year’s finalists Australia failed to qualify for the semifinal. Australia lost to both England and Pakistan and managed to win only against Canada.

In Group B, India finished last by losing all their league matches, including to Sri Lanka, an associate team those days. New Zealand and West Indies qualified for the semi-final from the group.

In the semifinal, England met New Zealand where England eventually prevailed in a close contest. Despite losing four wickets for 98, Mike Brearley (53 from 115 balls) and Graham Gooch (71 from 84 balls) and Derek Randall (42 from 50 balls) took England to a respectable total of 221. In return, New Zealand kept losing wickets and despite John Wright’s 69, they couldn’t cross the line. In the final over of the match, New Zealand needed 14 runs to win but couldn’t win it and England qualified for the finals.

In the other semifinal, West Indies batted first and the openers Gordon Greenidge (73 from 107 balls), Desmond Haynes (65 from 115 balls) followed by Clive Lloyd, Viv Richards and the lower order helped West Indies to reach 293, the highest score of the tournament. In return, Pakistan’s Majid Khan scored 81 and Zaheer Abbas scored 93 but with lack of support from other players Pakistan failed to cross their target as the team managed only 250 runs.

In the final, West Indies batted first but lost four wickets to just 98. It was the partnership between Richards and King that took West Indies to 286. Richards scored an unbeaten 138 off 157 whereas King smashed 86 off 66 deliveries. In return, both Geoff Boycott and Mike Brearley had half-centuries to their name but they ate a lot of deliveries adding pressure on the other batters as England ended up losing eight wickets for just 11 runs, one of the dramatic collapses ever. In the end, England managed only 194, and thus West Indies emerged as the champions for the second consecutive time.