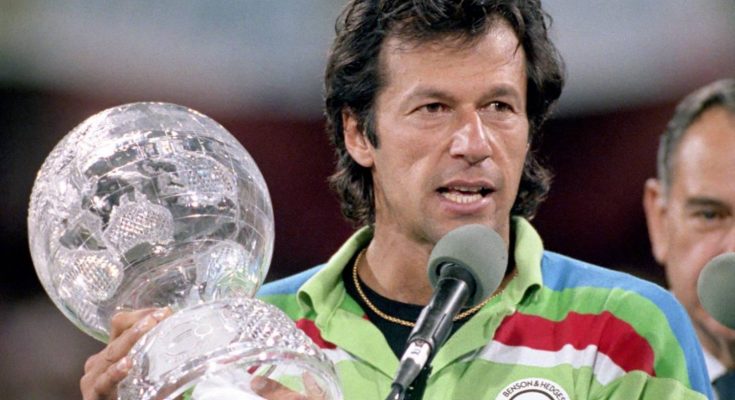 Right from the time 1975, The World Cup kept improving and changing every single time and probably the 1992 World Cup, the fifth edition, witnessed most of the changes.

To start with the matches were played in Australia and New Zealand for the first time and the countries were allowed to wear their official colours instead of white. Also, the format was changed from the groups to round robin where all the nine teams played against each other at least once. After years of apartheid ( racial segregation in South Africa that held till the 1990s), South Africa joined the World Cup for the first time.

There were different cameras applied for the first time and the day-night matches were introduced as well.

Most importantly, Average Run Rate Method was replaced by the Most Productive Overs Method.

This was then replaced by Most Productive Overs Method and undoubtedly it was an insane method. If your target is 22 off 7 balls and if the opponent’s “most productive over” is a maiden then simply the target will be revised as 22 off 1 ball. This method received criticism as expected.

Round Robin Stage:
The hosts New Zealand managed to win seven of their eight matches and topped the group. The only team to defeat them was Pakistan, who then went on to defeat New Zealand in the Semi Final as well.

The other hosts Australia started poorly by losing two matches but then bounced back to win four. They had to miss out due to the run rate. England grabbed the second position.

South Africa on their return produced some shocking victories, finished third whereas Pakistan managed to grab the fourth place. Pakistan was in a way lucky to win a point because of the rain that washed the game against England. Pakistan was bowled out for 74 in that match and the rain washed away the game giving Pakistan and England a point each.

In the World Cup that lasted over the month killed the Indians who managed to win only two matches, one against Pakistan and other against Zimbabwe. Sachin Tendulkar ended up as the Man of the Match in both the wins. He was the backbone for the spineless Indian team that looked like a bunch of amateurs in the name of professionals. Except for the match against Pakistan, the team didn’t stick together at all.

Dropping Ravi Shastri for his poor performance in a series just before the World Cup proved costly as well. The only good that came from this World Cup was the youngsters like Jadeja and Tendulkar stepping up for the team.

Tendulkar managed to score 283 runs with an average just about 47.

Coming to the semi-final, Martin Crowe’s 91 went in vain as Pakistan chased down 262 in their fifty overs, thanks to young Inzamam-ul-Haq’s 37-ball 60.

In return, Fairbrother’s fifty was the only positive thing from their batting as England was all-out for 227. Mushtaq Ahmed and Wasim Akram grabbed three wickets each to help the team lift their first World Cup trophy.

Martin Crowe, who not only scored 456 runs in the tournament, he also introduced a bit of innovation by making a pinch hitter Greatbatch to open the innings and also opened the bowling with a spinner, Dipak Patel, something that was uncommon those days.