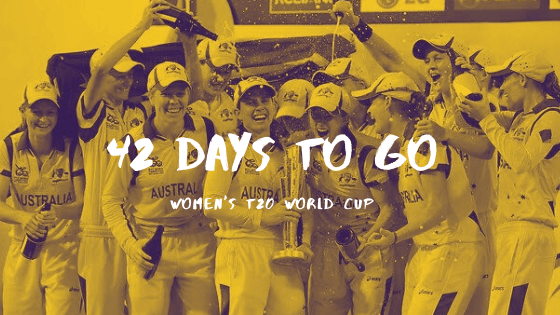 The upcoming edition of the World Cup T20 will take place in Australia. In 2010, The World Cup was hosted by St Kitts and Nevis, St Lucia and Barbados.

Squads highlights:
Jodie Fields, the Australian captain(then) had to miss the tournament due to the hamstring injury, and the then-20 years old Alyssa Healy replaced her. Alex Blackwell was all set to captain the team.

For the then-defending champions England, the biggest boost was the return of Claire Taylor and Sarah Taylor-who missed out the series against West Indies where the England team was handed a defeat-returned to the World Cup squad.

The tournament which was a double-header with the men’s tournament opened to an excellent start with West Indies batter Deandra Dottin scoring the fastest T20 ton in the Women’s cricket. She also became the first woman to score a ton in T20 game. Her 112*(45) helped West Indies to score 175/5 in their 20 overs against South Africa, and the hosts won by 17 runs.

On the same day at St Kitts & Nevis, Australia and England produced the best thriller ever. Both the teams were too good that even a super over couldn’t decide the winner. Eventually, Australia was announced as the winner based on the number of boundaries scored.

On the next day, Sri Lanka and Pakistan produced yet another thriller with the former winning the match by just one run, whereas New Zealand and India owned their opponents.

A few days before the World Cup, Charlotte Edwards on an interview predicted the Semifinalist and the teams that will be their threat. Well, She was spot on as India, New Zealand, Australia, West Indies made it to the knock-out stage. West Indies shocked everyone by knocking the 2009 champions England out of the tournament. She even predicted that Dottin was the player to watch out for in the tournament.

Knock Out Stages:
The dream run of the hosts West Indies ended in the semifinal as New Zealand’s Sara McGlashan who smashed 84 off 55 helped the team to beat West Indies by 56 runs. In the other Semifinal, India’s 119 was not enough to defeat the mighty Australians as the latter chased down the target with ease to meet their rivals White Ferns in the final.

Final:
The familiar foes met on the big day with the Australian counterparts watching the game from the dressing room.
Blackwell won the toss, but New Zealand used it effectively. Their opening fast bowler Nicola Browne bowled her quota of four overs straight through, taking 2/11. The middle-order collapsed as well. The important runs from the bat of the lower middle-order and the bowlers took the Southern Stars to 106.

Chasing a tricky 107, Australia pressured the White Ferns by producing dots. The dots eventually led to the wickets, and at one point, the team was reduced to 36/5. Sophie Devine, who picked up two wickets, added an important partnership with Nichola Browne to take the match down to the wire. With Devine well settled on her 30’s on strike, Blackwell turned to Ellyse Perry for the final over. The over had two sliding boundary stops, and Devine, New Zealand needed five runs off the final delivery to lift the trophy. She struck firmly straight but Perry, a talented footballer, stuck out her boot to deflect the ball to mid-on and New Zealand joined their men counterparts who suffered two ICC final loss the previous year. Australia lifted the trophy for the first time, and nothing really did change for the next few years as Australia continued defending their title comfortably.