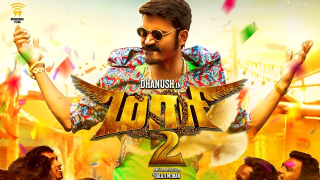 The trailer of the sequel of 2015 movie, Maari released on Wednesday. Directed by Balaji Mohan, Dhanush not only plays the lead but also produced the movie. The actress Sai Pallavi plays the female lead, ‘Araththu Anandhi’. The movie also stars Varalaxmi Sarathkumar and Tovino Tomas in prominent roles.

Yuvan Shankar Raja handles the music for the movie, the single track ‘Rowdy Baby’ was released a few days back and is already a hit.

My favourite pics of Superstar Rajinikanth!