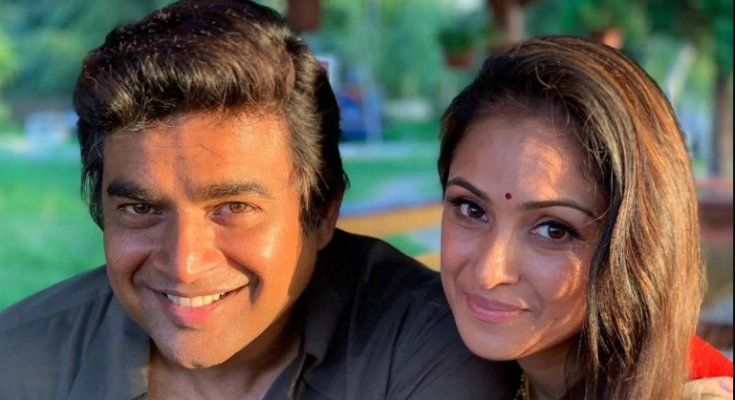 Actor Madhavan who is busy with his movie Rocketry: The Nambi Effect, is not only will be seen portraying three different looks–including the look of a 70-year-old for which he underwent physical transformation– but he also directs the movie.

The actor is currently shooting in the US for the movie, and he took to Social Media to share the news that Simran will join the cast. The actor wrote: “15 years later . Thiru and Indira turn into Mr. & Mrs Nambi Narayanan. #rocketryfilm @actormaddy #actormaddy #rocketrythenambieffect #15yearslater (sic)”

For the uninitiated, Thiru and Indira are the character names played by Madhavan and Simran in the movie Kannathil Muttamittal that released years ago.

Directed by Mani Ratnam, Kannathil Muttamittal was a super hit and is still a favourite movie for many.

The duo starred in two movies together- Kannathil Muttamital and Parthale Paravasam- and they share a beautiful chemistry on screens.

Now that Simran has joined the casting, the expectation for the movie has only got better.

Nambi Effect talks about ISRO scientist Mr Nambi Narayanan, who was falsely charged with espionage in 1994.

Sam CS will compose the music for the movie and the movie will be released in three languages, Tamil, Hindi and English.