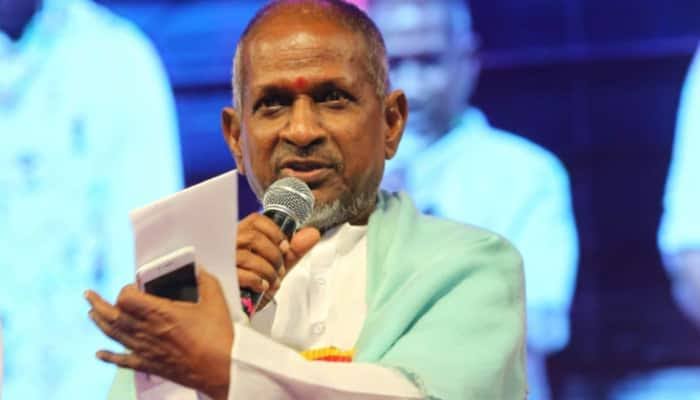 Music maestro Ilaiyaraaja has filed a complaint against Prasad studios alleging that the premises inside his studio was broken.

The theatre was gifted by Ilaiyaraaja to LV Prasad. However, things did not go well when his grandson Sai Prasad took over the premises.

In the complaint, Ilaiyaraaja added that Sai Prasad went on to destroy the studio.

The statement read, “I have learnt through my circle that the said Mr. Sai Prasad through his men has been removing, stealing and damaging many of my belongings and articles which are worth several crores. Therefore, necessary action to be taken against the miscreants and my belongings to be recovered immediately. Using the cover of this COVID pandemic, Mr. Sai Prasad and his underlings have started destroying/removing/tampering my musical instruments/notes.”

He added, “The late L V Prasad earmarked a specific area and a room and permitted me to possess, enjoy and utilise the property as my own without any hindrances with lock and key.
I have invested a significant amount of money in the studio including high-value equipment, musical instruments, hand-written musical notes etc., and installed and used in the recording studio at Prasad Studios for more than two decades. Even after the death of the said Shri L.V. Prasad, my lawful possession and enjoyment of the said property over the past more than 25 years continued without any hindrance and issues due to Mr. Ramesh Prasad, the son of Late Shri. L.V. Prasad.

However, the grandson of L.V.Prasad had in September 2019, unlawfully threatened to disconnect electricity, water and other facilitates to my premises and in the time of the pandemic, some of his henchmen broke open the studio and stole articles belonging to me.”