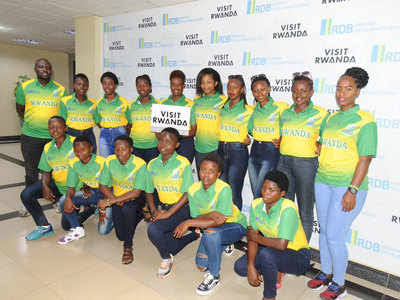 This year’s Kwibuka T20 Tournament did make a lot of heads turn because of the lowest and the highest score that was made during the tournament. Both were against the Mali Women’s team, and this is the first time the matches received T20I status as per ICC rules to offer interview status to the associate matches.

Now, first things first. This tournament was started in 2014 to remember the victims of the Rwanda Genocide incident happened in 1994. The war saw more than 1 million people being killed across the border and more than 50 lakh women and children were sexually abused. Even after the years, the effect of the incident is still there as a lot of people still suffer not only the injuries but also HIV because of the sexual abuse they faced.

Kwibuka means remembrance and also, this tournament is played among the neighbouring countries in order to create friendship between them.

(In the picture, you can very well see Visit Rwanda)

Sometimes, sports is not always about winning. It is also the only way to unite people and sometimes, winning isn’t everything but participation is. Mali Women doesn’t have the proper infrastructure to teach the game and not many even aware of what cricket is. Still, they are trying their best to come out to Rwanda to tell the people that the place is safe. It is all about staying together.

This is something to be proud of rather than discourging the teams who are here to spread love through the game. It is important to respect them.

Parthiv Patel opens up about losing his finger

SA vs ENG: ODI series postponed due to COVID19 positive in SA squad