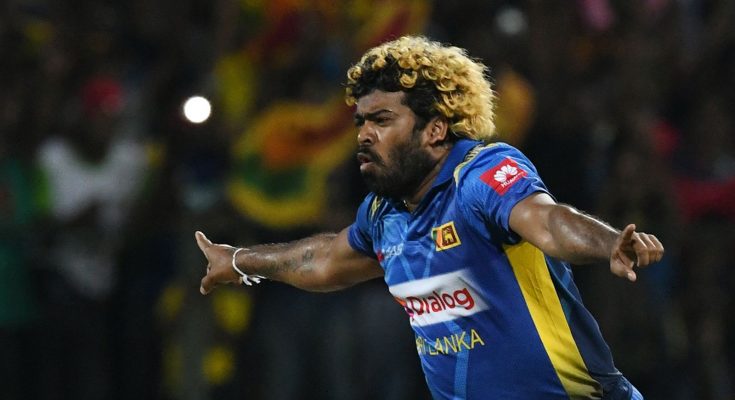 Every cricketer has their day. The day where he/she outperforms the opponent. The day where they produce some absolute gem and put their team on top. The day happens all of a sudden for the stars, but superstars like Malinga chooses them. Years after years, Months after months, days after days, Malinga’s relationship with the ball has always been a romantic one. You wouldn’t find a better soulmate than them.

All the four deliveries had only one difference, the batter other than that the script was one and the same.

Look, target the stumps, hit. Malinga normally does that. Most of the times, he hits the bull’s eye, and there are times he misses them but he comes back stronger.

Munro was waiting for a short ball. He was standing outside the crease, making room for himself to clear the cover. Malinga had already set him up. Malinga knows where to hit and the ball knows where to go. The ball swings a bit, goes closer to Munro, hits the leg stump. Malinga raises his finger with joy.

He comes back and the pattern was the same, the one he follows to the new batter. Yorker.
Rutherford is back to the team after a while. He had a sudden call-up, travelled from the other part of the world and joined the team late. He must be tired. Malinga is super nice and he didn’t want Rutherford to strain much. Possibly yes. He pitches the ball close to the fuller length, at the middle. Rutherford moves across a bit and tries to play it down on the leg side. Lesser did he know that he is trapped. The ball hits his leg. Malinga appeals but the umpire shakes his head. The confident captain goes up, gets his man.

De Grandhomme walks in. He had to face Malinga on his hattrick delivery. De Grandhomme would have been anywhere rather than being here. You know it’s Malinga and he gets pumped up because creating records is his breakfast and what Malinga sees here is not De Grandhomme. He sees his bread and butter.

De Grandhomme is lying if he says that he wasn’t expecting a fuller length or yorker from Malinga. Possibly, he would have had the Deja Vu. You cannot help it, right?

With roars from the crowd, Malinga runs in to bowl his hattrick ball. De Grandhomme is super early to the ball which moves a bit when it reaches him to hit the stumps. You see the traditional Malinga celebration.

He did not stop there. Ross Taylor who had tons of experience walks in. This is 20-20 and possibly Ross Taylor would have been reading something or probably sleeping because he bats down the order. He wouldn’t have expected to come this early. Malinga, once again, being nice, helped Taylor to get back to the dressing room with a pinpoint yorker that went on to hit the stumps. Malinga enacts the 2007 memory. He certainly isn’t the same. He has grown old. Has put on weight and looks different but who cares until he can choose his day even now? Who cares when the romance between him and the ball is still going strong?