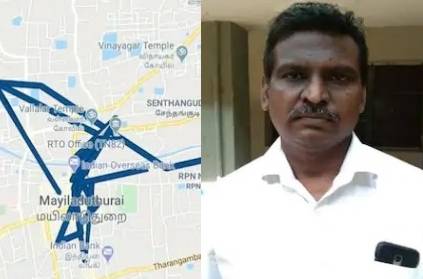 A man recently made a complaint against Google Maps for ruining his marriage life with misinformation.

The incident took place in Nagapattinam district. R Chandrasekhar, a fancy shop owner, says that Google Maps had some misinformation about his whereabouts that caused problems with her wife ruining his marriage. He added that the incident caused him emotional distress as well.

In a written complaint, the man said, “For the last few months, my wife has been constantly scanning the ‘Your timeline’ feature on Google Maps and refuses to let me sleep, as she questions where I was. She is constantly thinking about this, is getting affected and affecting the rest of the family too.”

According to the News Minute, the officer said that there was no FIR filed and the couple would be sent to counselling.