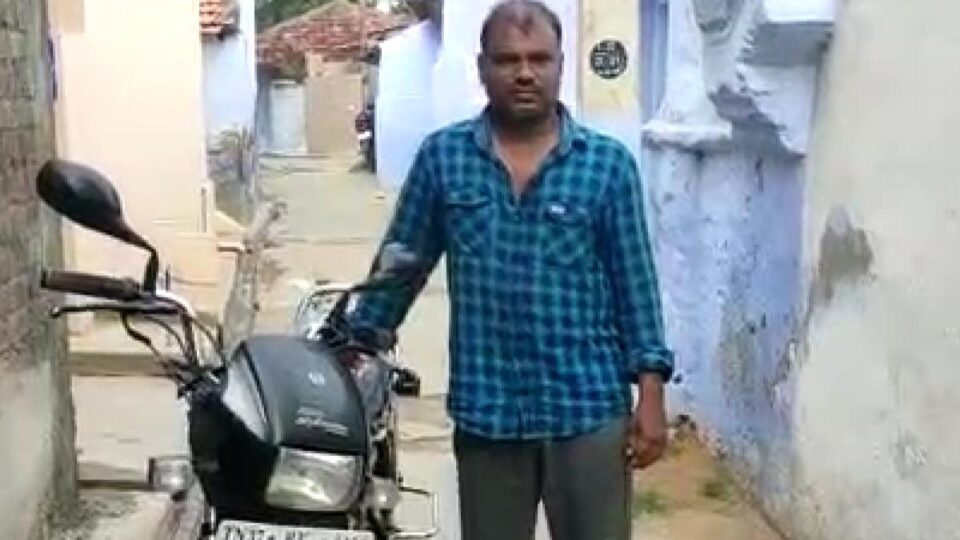 A man from Mannargudi steals a bike to travel home from Coimbatore with his family and after reaching home, he returned the bike to the owner.

V. Suresh Kumar, who owns a lathe workshop at Sulur in Coimbatore, was pleasantly surprised when he got a call from a parcel agency on Saturday to be told that a motorcycle has been sent to his address. And when he went there he was thrilled to find that it was his Hero Splendor bike which was stolen on May 18.

When the bike got stolen, Kumar had lodged a police complaint but the cops told him they were busy with Covid-19 and had no one to track down the motorcycle thief.

Kumar gathered CCTV footage and was going around the city looking after the thief.

Later, the man was identified as Prashanth who was from Mannargudi and was working in a tea shop nearby.

Due to pandemic, he had no work and decided to go back to his native with his wife and kid.

He took Kumar’s bike and reached home then returned it back to him.

The Police did not file a FIR due to lockdown works and Kumar, who got his bike now, doesn’t want to continue the case any further.