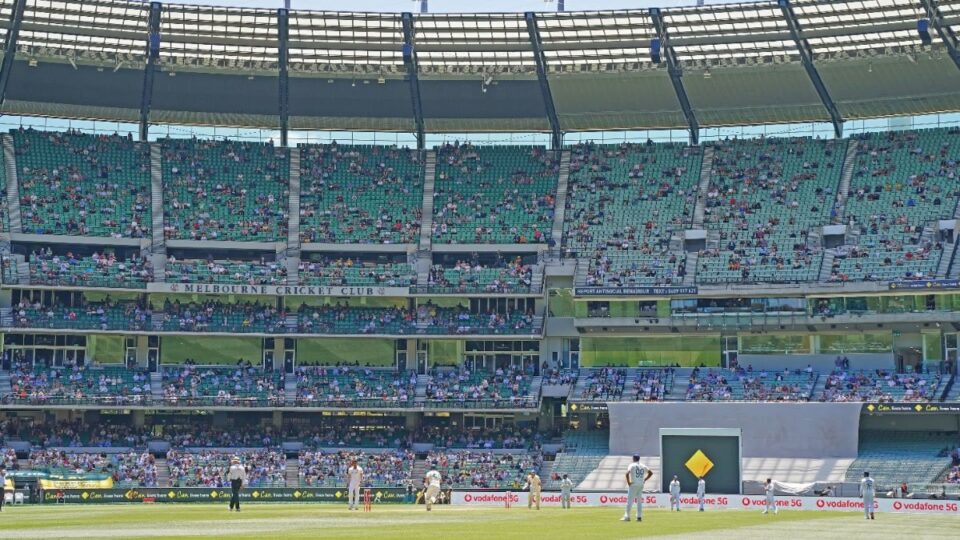 A man who had recently attended the Boxing Day Test between India and Australia has tested positive for coronavirus.

The man who is in his 30s was at the Melbourne Cricket Ground on Day Two at Zone five of the Great Southern Stand between 12:30pm and 3:00pm on December 27.

However, nobody knows whether he was affected while he was at the venue. He had developed symptoms only on December 30 and went for a test on January 3rd. His tests returned positive on January 5th.

Also before that, the man also had attended the Boxing Day sales at Chadstone Shopping Centre between 6:00am and 2:00pm on December 26.

While the new infection is only locally acquired case detected from 37,509 test results processed yesterday, the Health officials are taking the necessary steps to find out the people he came in contact in recent times.

The Department of Health and Human Services (DHHS) testing commander, Jeroen Weimar said that it is just too early to confirm whether he was infected while he was at the venue.

“It was only in Zone 5 [of the MCG], so somewhere in that Zone 5 there maybe, and I stress, there maybe was the person that he got the acquisition from,” Mr Weimar said.

The total active cases in the state is 41 currently.

Thankfully, the man had tracker that helped them to narrow down his contacts. The officials said that there were 8000 people approximately at Zone 5 at the venue.

Melbourne Cricket Ground recently released a statement saying that they had followed all the protocols properly.

“Extensive cleaning of the MCG took place after each day of the Boxing Day Test and, out of an abundance of caution, a deep clean of the identified area is now underway,” it said in a statement.

“During an event at the MCG, high levels of constant cleaning occurs and there are over 275 hand sanitising stations located throughout the venue.”

The officals also added that they will be sending out texts to the cricketers and the people who might have come in contact with the man.

“At this point we’re saying anybody who is getting a text message from us today who was at the MCG, Zone 5, second day, 12:30 to 3:30, people in those stores in the time windows, we’d like them to get tested.

“If you were crook at those times, that is even more important.

“If you were in New South Wales before you went to those locations, again, that is of particular urgency for you to come forward.”

India took on Australia in the 2nd Test at MCG and the visitors went on to win the match with ease in order to level the series 1 all. The third Test will begin on January 7.

Proud to be an Aggressionist