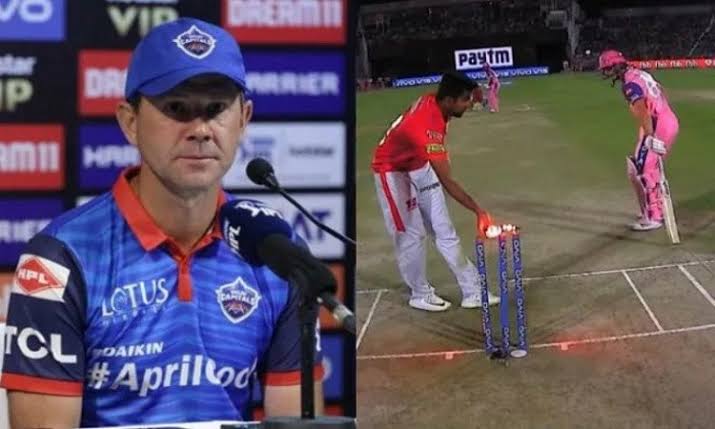 R Ashwin’s mankading incident is making rounds again, thanks to IPL 2020. There were many people who supported the incident and called for better rules whereas many said that it was against the ‘spirit of game’.

Ricky Ponting, who is the current head coach of Delhi Capitals, the franchise which Ashwin will be representing this year, was against mankading and said that he will have a conversation with Ashwin regarding the same.

Ashwin, in his latest video in his YouTube channel had revealed the conversation with Ricky Ponting. The latter was the guest of his new show ‘Hello Dubai ah?’.

Talking about the incident, Ponting agreed that it is cheating.

“I will move on to the conversation between the both of us over the run-out at the non-striker’s end… To be honest, I am a serial sort of run out of guy. I started doing it at the age of 12 because I couldn’t stand the batsmen taking those extra yards,” Ashwin said while speaking to Ponting.

“I was a batsman myself in the junior category, and I feel it is a massive advantage. And the moment I did that, the spirit of cricket was brought into play.”

Yeah, I totally get where you are coming from,” Ponting said.

“I wasn’t trying to say that you were [not] justified because it is actually in the laws of the game that you can do it. So if a batsman is cheating, and trying to steal a couple of yards.

“I just think that we have got to find a way around. Trying to stop the batsman cheating. We have had this conversation already. I don’t want to see anyone running two or three yards down the wicket. Because that basically is cheating.

“I think there should be some sort of a run penalty. If you are to get to the top of your bowling action and stop, and it shows that the batsman is cheating and is out of his crease, I think put a run penalty on them.

“And do it right from the start, because that will stop him right away. Imagine taking 10 runs off a team total because you have taken yards… those sort of things need to be looked at,” Ponting said.

I treated Raina like my son: CSK boss N Srinivasan