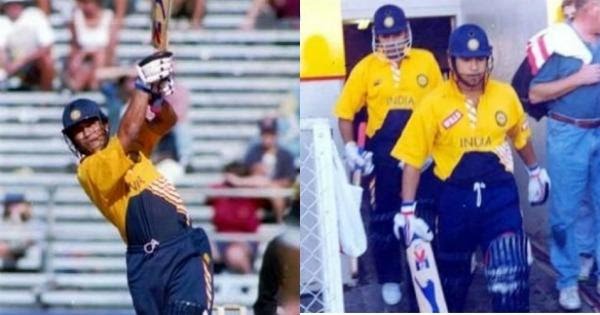 On this day, Sachin, the Opener was born.

27 March 1994. It was just another day in Auckland until they were hit by a cyclone. A cyclone named #SachinTendulkar.

India lost the first ODI of the five-match series and India was pushed to back foot with Sidhu suffering from a stiff neck. It certainly was a huge blow, one would have thought. When you are facing a mighty team, that’s the last thing you’d expect.

Batting first, the hosts managed only 142. Harris top-scored with an unbeaten 50. For Indian, the pacers and Rajesh Chauhan’s three wickets outplayed the Kiwi batters.

Now, It was in the hands of Indian batters to go out and perform, to level the series. India needed someone to open the innings, to lead. Azharuddin looked around and probably would have decided to open with Tendulkar because the youngster always showed the intent. He always wanted to lead. He was waiting for the opportunity to show the world what he is capable of, to win the match for India. Azharuddin decided that this was the day. He took the gamble, a controversial decision of opening with Sachin Tendulkar.

Along with Ajay Jadeja came the man who would go on to dominate the Indian cricket like nobody. He decided to announce himself, in a big way. He wanted to show the world that this is him. Just like how Sheldon Cooper says, he told us all with the bat that “it’s his spot”.
There were cuts, pulls, drives and everything went to the boundary. In 1994, the time where even a run a ball makes you a hitter, Sachin Tendulkar was in a mood to play a T20 cricket game something unheard of those days.

It was a cyclone kind of innings, a cyclone named Sachin Tendulkar. The cyclone that went on to destroy every single opponent.