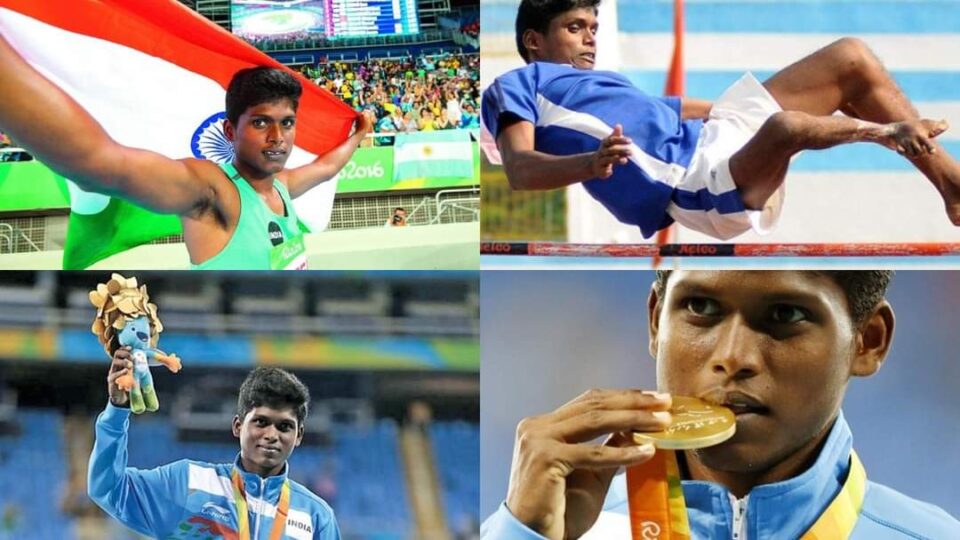 It was a normal day in five years old Mariyappan Thangavelu’s life in Periavadagampatti which is a few km away from Salem. He was rushing to school as he did every single day. He would have been thinking about the day and what to do later on. Lesser did he know things would take a turn on that day.
A bus ran over his legs. The drunken driver was the one to be blamed. Mariyappan suffered permanent disability in his right leg.

Now, the medication is impossible to afford for the single mother of six who used to carry bricks before beginning to sell vegetables. Though they got a loan to take care of the same, it was definitely overwhelming for the family and they couldn’t repay the loan. However, after a seventeen-year legal battle, the family received a compensation of Rs. 2 lakh.

Mariyappan, still positive went on to impress everyone when he played volleyball and when his coach suggested him to try the high jump, his life changed. He came second in practices that involved every kid in the school. Mariyappan soon began to practice high jump. He was 14 at that time.

In 2013-2014, He caught coach Satyanarayana’s eyes at the Indian national para-athletics championships. Later, he took Mariyappan under his wing and took him to Bengaluru for proper training.

Two years later, a good jump at IPC Grand Prix helped him qualify for the Olympics 2016 and at the Rio Olympics, Mariyappan stunned the world by bagging Gold.

Since the Gold, his life took the upward graph. Ministery of Youth Affairs and Sports awarded him Rs 75 Lakhs which was followed late Chief Minister J Jayalalithaa’s big announcement. The then Government of Tamil Nadu awarded him Rs 2 crores for winning the Gold. Sachin Tendulkar was one of the many celebrities who came forward to award a cash prize for the youngster. He also won Arjuna Award as well as Padma Shri from the Indian Government.

He invested the money on farming and bought land for his mother. They used to live in a small rented hut and now, he was able to buy a house with the prize money.

Mariappan then was made the flag-bearer in the 2018 Asia Para games. Later, he was awarded a job as a coach.

After 2016, Mariappan’s big performance came last year in the 2019 World Para Athletics Championships where he won the Bronze medal and had qualified for the 2021 Paralympics.

The journey of this 25-year-old from relatively unknown place to put India’s name on the world map is undoubtedly inspiring. He might or not get the Khel Ratna Award but to be nominated alongside some of the inspiring sportspeople is certainly a big thing.

Oh, that makes him only the second sportsperson to be nominated for the Khel Ratna award from Tamil Nadu after Vishwanathan Anand.