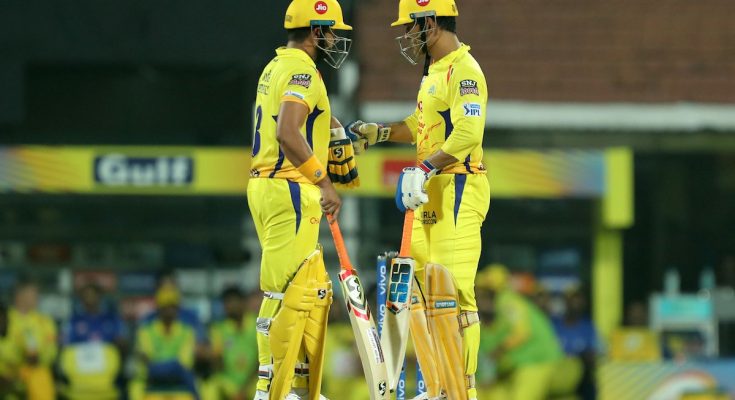 After asking the hosts to bat first, Royals did have a great start with the bat as they pushed Chennai 27/3. Dhoni came in early than he would have expected and joined his deputy, Raina. With plenty of experience out there, both the players started playing out deliveries to calm things down. They were just 88/4 when Raina was dismissed for 36 in the 14th over. Bravo started to ease things a bit with his strokes and that was when Dhoni started to play a knock he normally does as he finished with his second highest score in IPL, 75* off 46 deliveries, took CSK to an excellent total of 175 from nowhere.

The momentum shift was clearly felt as Rajasthan struggled by losing early wickets. They lost all their in-form batters and was down with 14 for 3. Rahul Tripathi made use of the opportunity, scored a good 39, added important partnership with Steve Smith. Unfortunately, Smith wasn’t looking in great touch today as he ended up with 28 off 30. That was when Stokes started to dominate.

With dew playing its part, Stokes was able to take on CSK’s bowler and Gowtham, Archer supported him. As he took the match to the final over where 12 runs needed, he got out in the first delivery. After his dismissal, Rajasthan managed to pick only three runs in the final over and lost the match by eight runs. Both the fielders and the bowlers deserve applause for keeping it tight throughout the match.