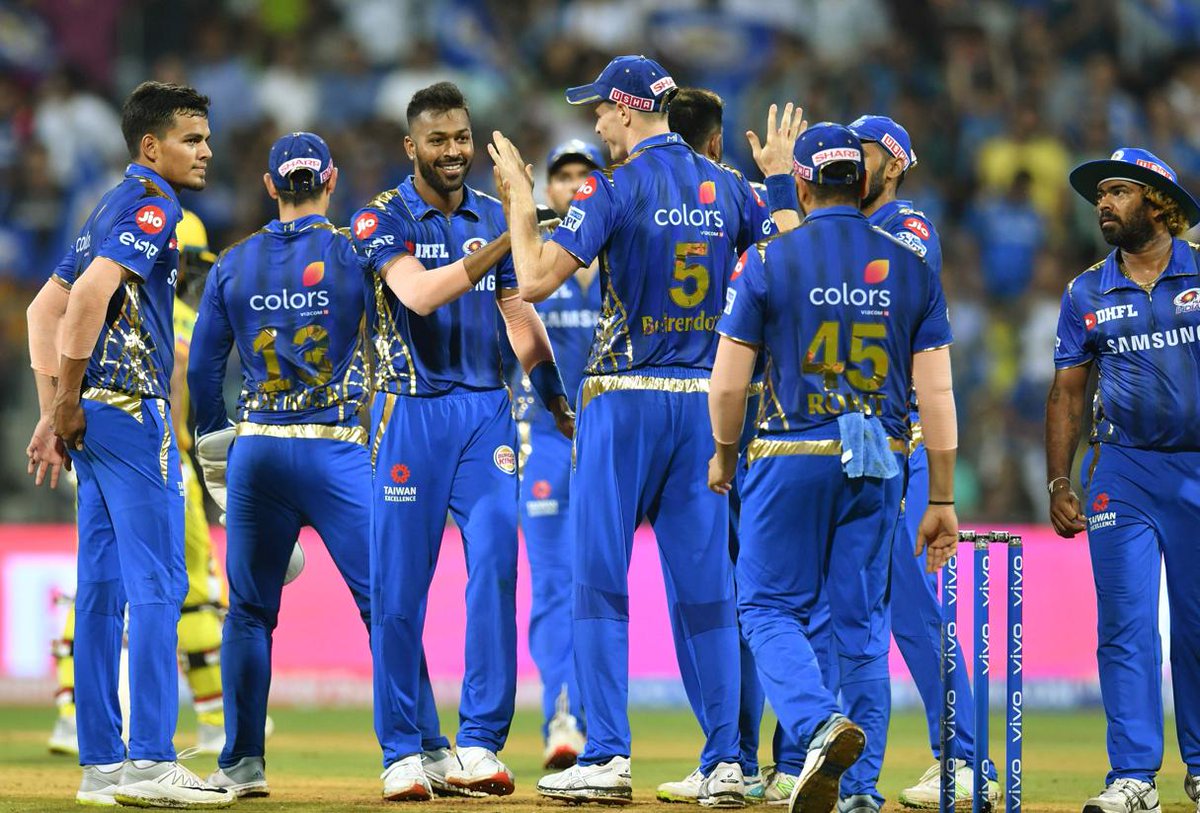 The Adrenaline rush has always been high when these two teams lock horns with each other. Mumbai Indians and Chennai Super Kings have a rivalry that’s nothing short of a thriller movie. You just cannot predict how the match would go.

To start with, Chennai Super Kings was on top after opting to bowl first. Considering the conditions, CSK went with Mohit Sharma ahead of Mitchell Santner whereas, Jason Beherndorff replaced Mitch McClenaghan and Rahul Chahar came in for Mayank Markande who was unwell.

Chennai Super Kings dominated initially by not giving away runs, thanks to excellent field placement and good bowling which forced the Mumbai Indians batters to take the risk as the result they ended up losing wickets. Suryakumar Yadav, coming at number three, held his wicket firmly as he knew the pitch very well. He was accompanied by Krunal Pandya who was trying all the possible shots to get boundaries but luckily ended up playing mis-timed shots at no man’s land. He survived a drop-catch as well. Still, they were looking some 40-50 runs short.

Once the departure of Big Pandya and Suryakumar Yadav after an excellent partnership, it was Pollard and Pandya who rattled the Chennai bowlers.

As all the pacers of CSK were not as fast as MI’s, it was easy for Pandya and Pollard to clear the ground. Let’s not take away the credits from both the players as they were incredibly good. It was not that Bravo was bowling poorly. It was just excellence most of the times. There was a Natmeg, A helicopter shot from Hardik Pandya that brightened up the home crowd as they ended with a fighting total of 171.

The momentum was clearly with the hosts after the Pandya-Pollard carnage that did reflect on the team’s bowling and fielding.

Jason Behrendorff playing his first match, picked up two important wickets inside the powerplay to give Mumbai a dream start. The dismissal of Raina was extraordinary as Pollard did what he normally does, pulled off a stunner.

On the other hand, Malinga removed Watson and that allowed Jadhav to come to the crease earlier than he would have expected. Jadhav and Dhoni tried playing out deliveries to re-build the innings but unfortunately, with the continuous rise in the run-rate, they got out trying big shots. So did Jadeja and Bravo, who were dismissed by Quinton de Kock’s beautiful catch behind the wickets.

Chennai was never looking like they were going to chase this total after losing wickets. As the end, they managed only 133, lost the match by 37 runs.

Hardik Pandya was the man of the match for picking up three wickets, giving away only 20 runs. In fact, all the bowlers has done exceptionally well to .stop a team like Chennai Super Kings. Now, that makes Mumbai the first team to win 100 IPL matches.