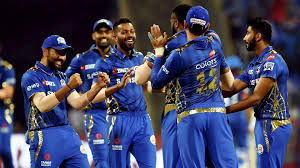 An excellent match was overshadowed by some bad decisions from the umpires. After a controversial wide call off Bumrah’s delivery, umpires completely stole the thunder from both Bumrah and AB de Villiers by calling the final delivery as no-ball. Still, that would have guaranteed a victory to RCB, but it would have given them the license to go really hard at it. This crucial two points can cost Bangalore a lot during the second half of the IPL.

With no second thoughts, Virat Kohli opted to bowl first after winning the toss. The chasing has been the new mantra in the IPL for a long time now and it was today as well, blame the conditions. A beautiful batting track, a tiny ground and we were all set for a cracker of a game.

Poor delivery on the leg side from Umesh Yadav gave Rohit Sharma the confidence he needed and the captain played an excellent knock off 48 from 33, and he initially was supported by Quinton de Kock’s 20-ball 23. The latter was the first to go as he tried reverse sweep off Chahal that went on to hit the stumps. Suryakumar Yadav replaced him and played a knock of 24-ball 38.

Despite all the knocks it was the knock of Yuvraj Singh who looked completely different today while smashing three sixes off Chahal before getting out the very next delivery. Though it was a tiny cameo of 12 balls 23, it is really a gem of a knock.

After the dismissal of Yuvraj Singh, Mumbai started losing wickets and from 124/3 they were reduced to 147/7 that was when Hardik Pandya took over. The younger Pandya smashed 32 off just 14 to take Mumbai to 187.

Chasing 188, Bangalore did start well in the powerplay but they lost their both openers soon that made AB de Villiers and Virat Kohli join hands in the middle overs of the match. After being dropped in the first delivery, AB de Villiers struggled a bit to find his timing whereas Virat Kohli was doing great at the other end. The current best batsman in the world, Kohli fell for the trap of the current best bowler, Bumrah who was outstanding today.

He definitely was the game changer for the team. Even when Malinga was taken for runs, he stayed calm to bring the match back into the hands of Mumbai. Not only he gave away only 20 runs, picked up three wickets as well. It is to be noted that he went for 12 runs in the first over.

In the end, the match was down to the wire with ABD suddenly taking on all the bowlers except for Bumrah. Even Malinga went for runs.

With 22 runs needed off two overs, Bumrah managed to give only five runs and also picked up a wicket. With that, the equation for the final over was 16 runs. Rohit Sharma went back to his experienced Malinga and he was welcomed with a six from Dubey but the experience of Malinga was such that RCB was pushed to get seven runs from the final delivery. Though Dubey tried his best, he failed to score a six. That was when the controversy prevailed as Malinga bowled a no-ball that went unnoticed. Some poor umpiring cost RCB two important points.

Being dropped despite passing Yo-Yo test was unfair: Yuvraj Singh