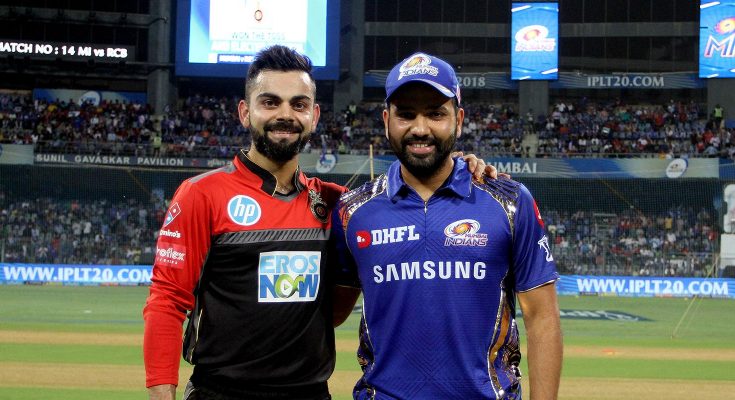 Two of the heavyweights, two of the most followed IPL teams in the world, when lock horns, the expectation level and the adrenaline rush are definitely going to be high. Well, at least we hope so.

Both Mumbai Indians and Royal Challengers Bangalore had a poor start to the tournament as they were brutally dismissed by their opponents. So, both the teams and their players will be desperately hoping to change things.

For Mumbai Indians, their major plus point is going to be the comeback of their king, the slinger Malinga. Though it is unsure whether he would play today’s game, his comeback to the team will be a huge boost in confidence. Jasprit Bumrah did bowl a few overs in the practice session yet it is unknown whether he is match fit. Hopefully, he is. Mumbai will hugely depend on their captain Rohit Sharma and Quinton de Kock to go berserk here. With Yuvraj Singh doing well in the first game, it is unlikely that the in-form Ishan Kishan will play this match but who knows Rohit Sharma might take a gamble of dropping someone for him.

With fairly a better pitch than in Chennai, Bangalore will be looking to demolish Mumbai today. They even brought in former Karnataka under-19 bowler Mahesh Kumar, who mirrors Bumrah’s action. Despite a pretty ordinary performance with the bat, Bangalore was able to push Chennai till dead overs. The bowlers will surely go into this game with a bit of confidence from the first match. It is a mild contest between RCB’s Navdeep Saini and MI’s Rasikh Salam as both the youngsters would love to impress Virat Kohli if they play today which is very likely.

PROBABLE XI:
Both the teams more or less will prefer to stick with the same line-up despite the loss in the first match.