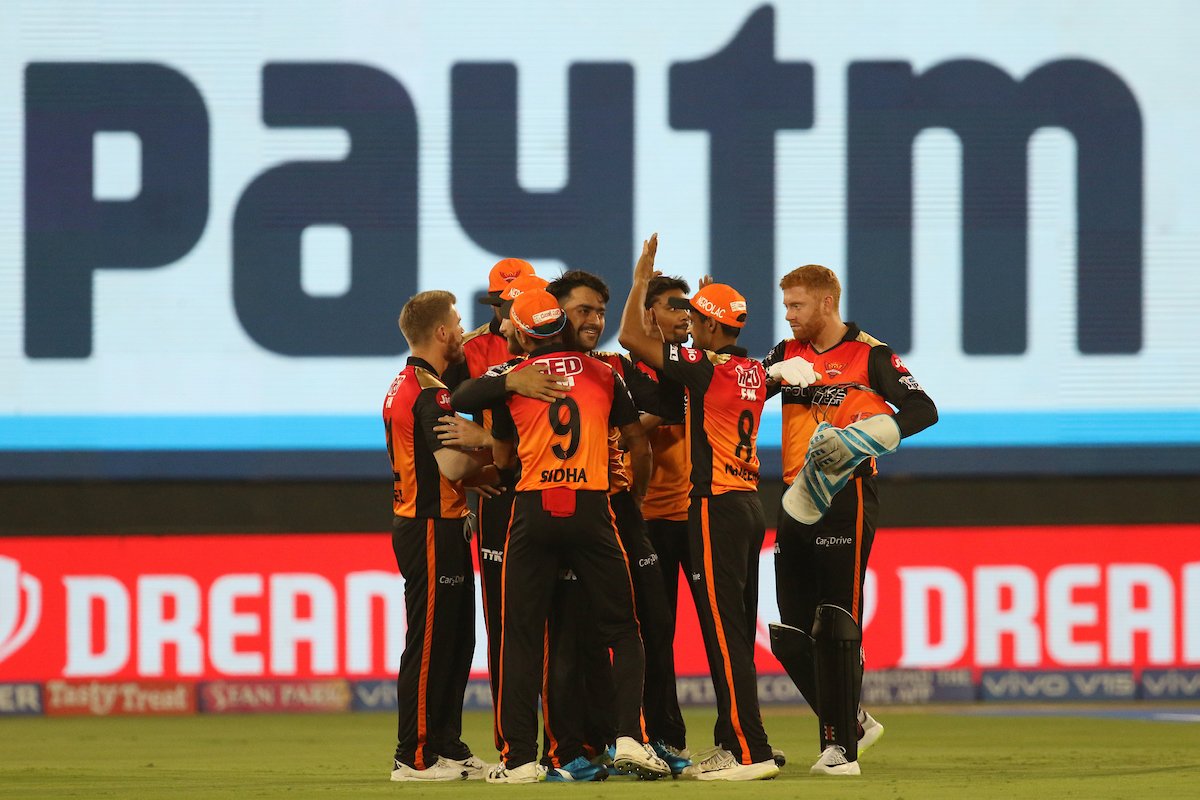 Have runs on the board and you can always get back into the game and push back the pressure onto the batsmen no matter when. That was the same thing happened today but with Rashid Khan in your team, anything is possible.

I don’t even remember when was the last time a captain actually wanted to bat first in the IPL. Literally, every single team preferred chasing. Rahane had different plans, he thought the other way.

Sunrisers Hyderabad, one of the best bowling sides if not the best in the IPL, was hit by the Samson storm today. After losing Buttler early, Samson and Rahane slowly built up a partnership by playing out Rashid Khan. After the tenth over, the pair started to take on each and every one.
After the dismissal of Rahane who played an excellent knock of 70 from 49 in the 16th over, Sanju Samson went berserk taking on SRH’s bowlers, especially Bhuvneshwar Kumar for dozens and became the first man to score a ton in this year’s IPL. He also is the only player to score two IPL tons within the age of 25.

Chasing 200, a total they never successfully chased before, they needed quick start from their openers and both Warner and Bairstow rightly delivered. David Warner continued from where he left off the other night, scored 69 off 37 deliveries before getting out to Ben Stokes, thanks to Kulkarni’s catch but unfortunately, Kulkarni couldn’t hold on to the catch of Bairstow in the same over. A few overs later, looks like the ball followed him and this time he grabbed a stunner near the boundary line. Vijay Shankar who joined Williamson in the middle was in a great mood, smashed 15-ball 35, helping the team to get close to the target but Rajasthan suddenly bounced back by picking three wickets in two overs. Now, that left Yusuf Pathan and Rashid Khan in the middle.

Backed by loads of experience, both the players made sure not to waste any deliveries as the run-rate was below seven at that time. They kept stealing singles and in the end, it was a four and a six from Rashid Khan’s willow that sealed the match as SRH won by five wickets with an over to spare.

Master Malinga and the student Bumrah