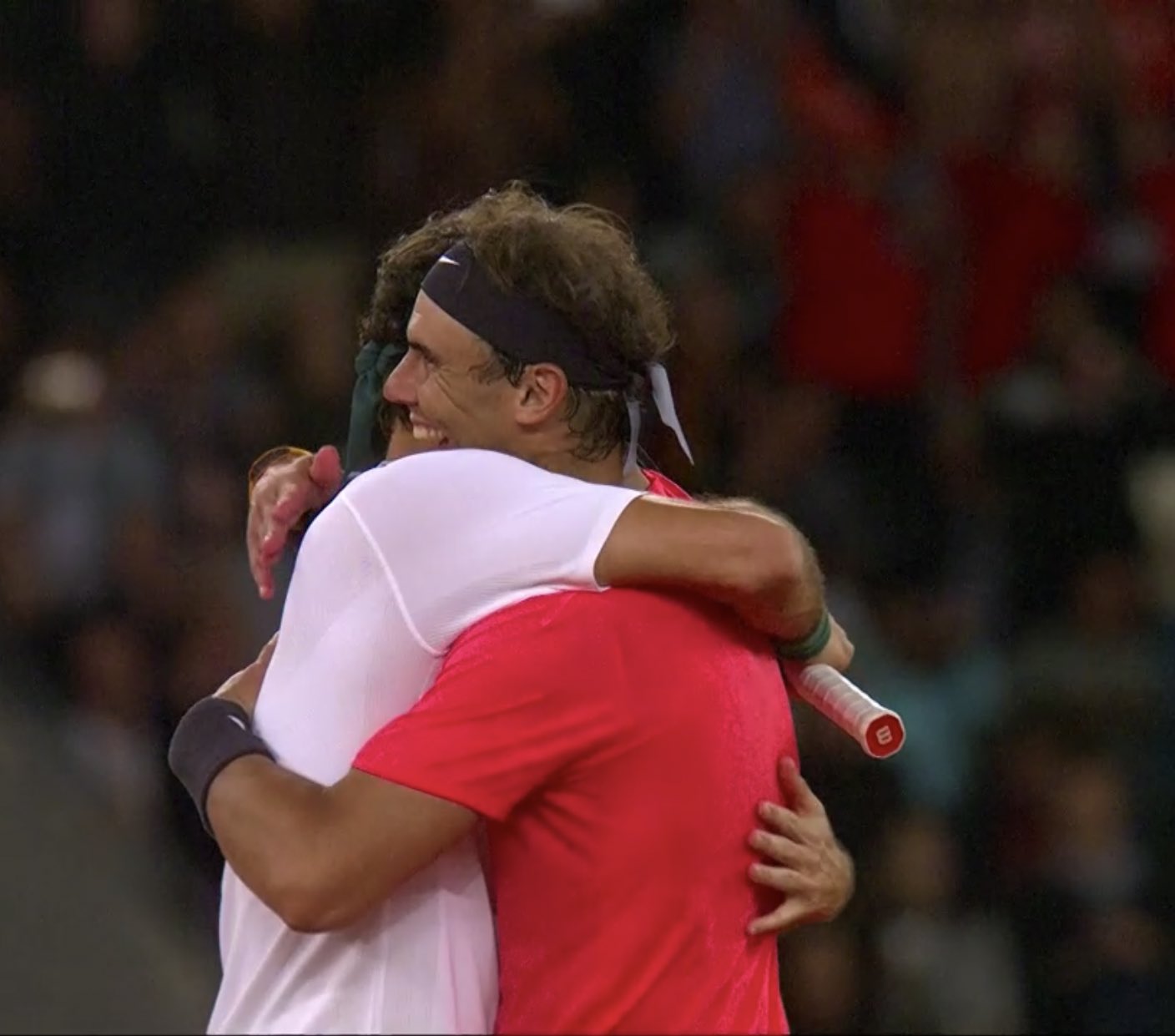 The Africa witnessed one of the best nights ever, thanks to two of the tennis greats, Roger Federer and Rafael Nadal.

The charity match is for Roger Federer Foundation and both the players gave their best, produced some trick shots, beautiful forehand and backhand, most importantly, they enjoyed the process as well.

The best shot of the match had to be Nadal’s smash where he did 360° rotation. Even Federer couldn’t believe the shot.

In the first set, Federer was quick to get a break and it was enough for him to close out the set.

Nadal came back stronger in the second set, pushed it to the decider. In the decider, Federer once again came on top against the Spaniard and finished the match in style with a beautiful drop and he extends his unbeaten run at the ‘Match in Africa’.

Earlier, Federer teamed up with Gates and took on Nadal and Trevor Noah. The fun doubles certainly had so much to offer and Federer team won it convincingly.

Almost 3.5 Million USD has been collected and there were 51,964 people who turned up today, going into the World Record books.