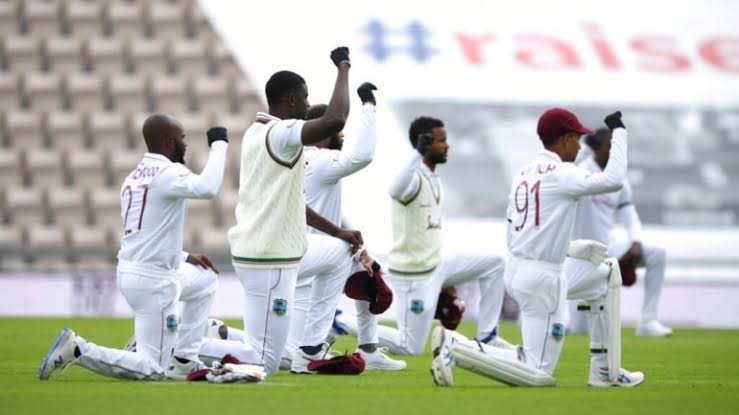 It’s been a long wait to get the cricket back in action, blame the coronavirus pandemic. However, the first day of the return was halted by the rain at Ageas Bowl.

After a month long training for both the team inside the bubble, we entered the new normal of the game. With no crowd and the media people having tables at a distance to avoid contact, everything seemed new.

There was a delay in toss and Holding, Rainford-Brent candidly filled up with their talks on racism and their experiences. Oh, they should make a different full show where they let them talk. Later, we saw Stokes and Holder jumping in for the toss which Stokes won. The moment of the day was when they accidentally tried to shake hands and they realized it immediately.

Later, there was an overflow of emotions with the players and everyone taking a knee in support of Black Lives Matter movement.

England made it even more special by wearing the names of the key workers on the back of their training kits and had a moment of silence for those who lost their lives and for Sir Everton Weekes.

After opting to bat first, Holder, as he said, it wasn’t a bad toss to lose. Even though they had only 80-odd minutes of play, there was something to the bowlers and the overcast conditions played a role as well.

However, Burns and Denly helped England to survive the day after losing Sibley cheaply. Gabriel provided the damage.

Holder decided to go ahead with four frontline pacers including himself and he included Blackwood to strengthen the batting.

It was the 18th over when the rain decided to fall. Thus, ending the day. With a lot more to look forward to in upcoming days, this might not be the perfect start for the cricket which just returned after four months. 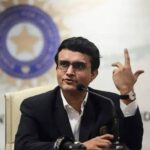 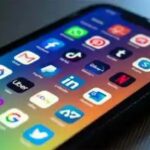 […] Cricket finally returned after 100+ days blame coronavirus pandemic and West Indies tasted the win against England at Ageas Bowl. Stokes replaced Root as the captain. Root had to travel back home due to the birth of his second child. […]