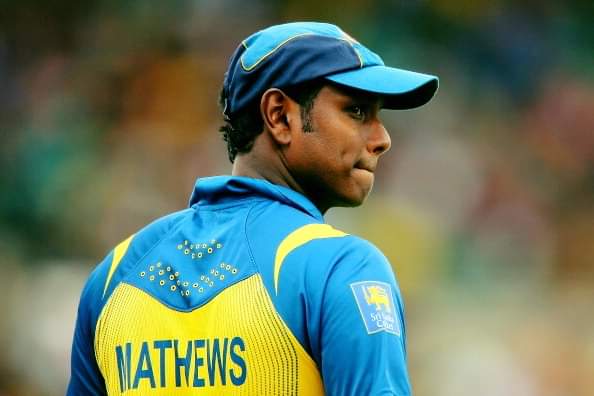 Been around for years, Mathews was so near but missed the boat of greatness many times. He would be minutes late to rush to the port which unfortunately would sail without him.

The reason is that he was everywhere. He was a good batter, a good bowler and of course a good fielder. He often missed the boat because he never knew which was the right one for him.

In the league of traditional cricketers that ruled Sri Lanka, he was a misfit but was literally endorsed as the next greatness, as a player who would redefine the upcoming generation. Then came the captaincy and he was ridiculed, soon dropped from the team. He then came back, played cricket more than anyone else for the next three years. Soon, he was offered the captaincy which he rejected. Then again, he was dropped from the team and missed more matches than literally anyone else in the team. That is how his career is. He is everywhere.

When you see Mathews, you see a complete player. Still, you would wonder where he goes wrong. Maybe, he doesn’t know what happens to his brain when he crosses that 20-ish mark.

However, that 20ish would have everything. It is like having a full feast for a snack. It is overwhelming at times but hey, who says no to good food.

He has a beautiful defence technique and can go without scoring for hours. He still can make it up by scoring six boundaries in a row with at least one pull shot that he would enjoy playing. All these efforts of building good innings would go in vain became of a tiny blunder. He simply would throw his wicket away by playing a nothing shot. For someone of his potential, it is a pretty annoying scene. Be his fan, you would know the pain. He cannot do this to us, to the team, you would think because he deserves and he does have everything to reach up there.

The 2013-2014 Mathews would be disappointed if he time travelled to the future to see what the next few years had for him. He was supposed to catching the boat at that time. He was getting there. However, his inconsistency made him wait and he is still waiting to catch that boat.

When the following years had a glimpse of greatness, 2018 had to his worst point. The man who is known for his infamous runouts made things worse for Sri Lanka. He was then sacked from the captaincy, his second time as captain, sacked from the team and was called fat by the man who made him the captain first place. He then had injuries and that made the bowling unthinkable for him. He would fall if he bowled. He wasn’t feeling the same, hey, he is not that guy anymore. He wanted to concentrate more on his batting and wanted to be a finisher for the team. Of course, he had the quality to become one.

Soon, he was selected to the World Cup and he couldn’t have asked for a better start. No, I’m just kidding. He had two ducks and nine before picking up some form against England with his unbeaten 85. This was a struggling knock yet a memorable one, thanks to the result. His best knock, however, came against his favourite rival India. A knock that had everything. A sluggish start, struggle in the middle, an anchor role and trademark Mathews shots. He was in his zone that day and was middling most of them. The Headingley Cricket Ground had something that helped Mathews to reconnect with his old self. 113 off 128, he scored, still wasn’t enough to stop Rohit Sharma and KL Rahul. Now, that’s a different story.
*
No, his knock against India wasn’t his best moment in the World Cup. It was the magical match-winning delivery to dismiss Pooran.

Sri Lanka rode on the back of Avishka Fernando who had 104. Chasing 339, West Indies lost early wickets and enter Pooran.

Allen and Pooran were trying to build partnership and in a whisker, they were closing to the target. Pooran began to unleash. Fours and sixes were coming constantly with ones and twos at the regular intervals. Sri Lanka needed someone to stop him. Mathews, who isn’t the captain now, knew what the new captain needed. He went to him and wanted to take the ball.

He didn’t bowl for more than eight months and had problems with his leg yet he would do it for the team and picked up the ball. Thanks to his experience. He wasn’t trying anything too hard and he knew what Pooran was expecting. A short run to deliver his ball and Pooran was already up. He was jumping to the middle of the crease as if he wanted to hug Mathews after his run-up. Pooran may be changed his mind in the way as he wanted to gift Mathews a better one, his wicket. Welcome back, mate, he said in his own way.

Believe me, it wasn’t the best of deliveries, it had to be Pooran’s gesture because he was the one who chased a wide delivery, that poor one deserved to be in the boundary but Pooran treated with some respect to edge it, well, there was a little bit of wind too that took the ball away from him. It was an easy catch in the end. With delight, the Sri Lankan players were seen jumping and hugging each other after the wicket. Mathews had the grin that said, I told you so.

Following World Cup, Mathews once again is getting there to catch the boat which he should have long ago. He recently had his double century as well, a four-wicket haul and a good all-round performance. Even if he doesn’t get to the boat in time, he will always be remembered for the man who gave everything for the team and also for the man who almost got there. Sometimes, the gap between being good and being the best is just a thin line which you call it as very good and some players belong there. This line isn’t bad but isn’t good enough to be the best. With a few more years to come, Mathews is having the key to the door but the door is far enough right now. He might reach there. He might fall in the middle but let me tell you this, not many can reach the place where he is now, to find the key to the boat.