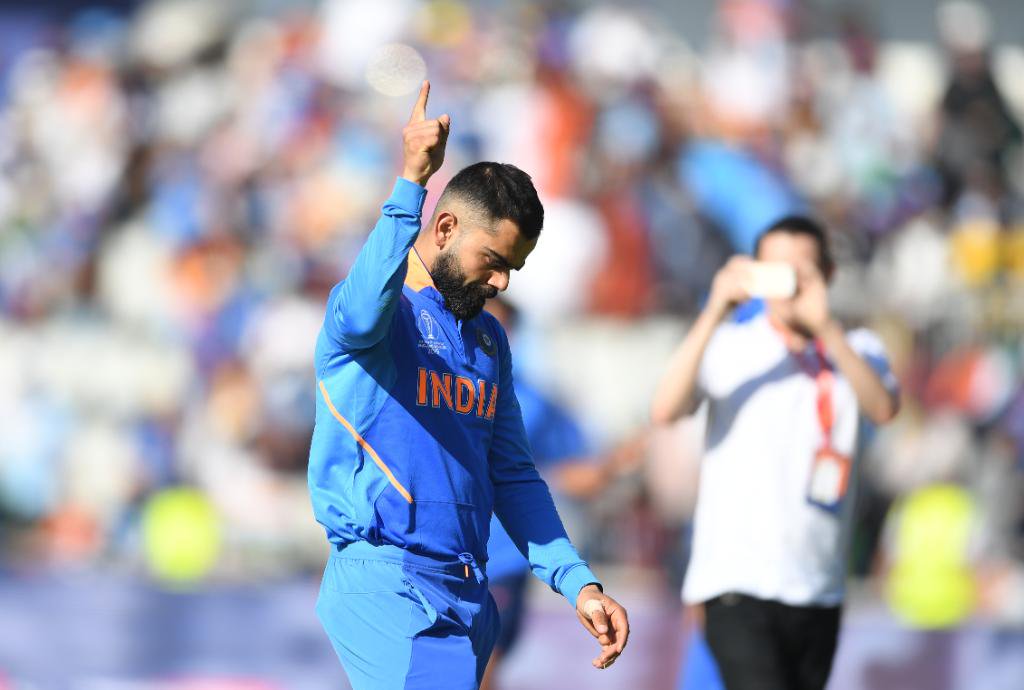 It has been 110 days since Virat Kohli scored a century across the formats. When we pin it down to One Day Internationals, his last hundred came on March 8, 2019, against Australia. He has gone without a hundred for eleven innings. Does that seem normal? No. Not for the standard Kohli has set for himself.

Was Virat out of form? Can’t say so, because he has scored 470 runs in 11 innings at an average of 47 and five consecutive half-centuries. However, when we compare it with his career average of 57, it seems pretty low. Let’s contemplate his record with the other Indian batsmen to see why he has batted so and how others have fared during the same period.

Rohit Sharma is in the form of his life. He has scored 799 runs in eleven innings at an average of 79.9 with five centuries in the World Cup. Shikhar Dhawan scored 280 runs in four innings with two centuries and a half-century before he got injured. Kl Rahul, who came in as the replacement for Shikhar Dhawan has fared well with 387 runs in ten innings at an average of 43.

The Indian openers have been scoring very consistently over the past few years. Yet, it has never affected Virat in his century making and the frequency in which he scored them. What has changed though, is the approach of the Indian team going into the last twenty overs. Every time India scored around 180 in the 30 over mark losing only a wicket or two, it was either Hardik Pandya or Rishabh Pant who was sent in to capitalize on the start.

It meant that, if Virat was there in the middle batting with Pant or Pandya, he had to play the anchor role around whom the others will bat and try to score quickly. He had to bat through and try to accelerate in the last 5-6 overs. As a result, Kohli ended the World Cup with 5 half-centuries.

Indian cricket team fans are already worried about the lack of centuries. Also, Rohit has got closer to Kohli in ICC rankings. He is just next to Kohli and only 5 points less than Virat. One bad series for Kohli and Rohit might just get to the top of ICC rankings for the first time in his career.

Now, is that something to worry about? Certainly not. Maybe Kohli has bigger things to accomplish than just scoring centuries and being the number one in ICC rankings. He might groom the next generation players who are up and ready. He can play around them and give them enough confidence to bring the best out of them.

Kohli can drop down to number four, the everlasting problem of Indian men’s cricket over the past few years. He can bat at number four with Shubman Gill at number three, Pant and Pandya to follow, which might give India a stable middle order on the longer run. Rohit scoring big scores consistently will only help his cause to provide the newcomers with ample opportunities in a fixed batting position.

When a young talent is coming up, the captains tend to go down if they had to accommodate the youngster before themselves to utilize his/her’s potential. This has happened in the past in Indian cricket. Sourav Ganguly dropped himself down the order, to play Virender Sehwag at the top. MS Dhoni was moved down the order, to try Irfan Pathan as a batting allrounder. Despite the second plan didn’t pan out well, Dhoni became one of the greatest ever middle-order batsman.

Dhoni might have scored many more centuries had he continued batting at no. 3. Though he has only nine centuries, his contribution to Indian cricket is more than just that. The number of players he backed and groomed is there to see in the international stage.

Virat himself has done similar things in the past. Early in his captaincy career, he dropped down himself to number four to make sure that Ambati Rayudu got enough opportunities to bat at number three. He also reinstated that if and when required, he will not hesitate to drop down for the greater good of the team in the future.

It is a delight to watch Virat Kohli making a mockery of every opposition and scoring hundreds for fun. However, he might be destined for better things too. If someone asks Virat to pick between the scoring hundreds or team doing good and winning World Tournaments, Kohli would always prefer the latter. After all, there is no better team man than Virat Kohli in that dressing room.

India has a great pool of young players. They have to identify and back them on a longer run. Virat will be able to do that, if he wanted to form a new team with youngsters. He need not be the guy who scores hundreds every three or four innings. He could become the leader who backed young talents and made India a better team than what he got from MS Dhoni.

Maybe Kohli might go on to score hundred international centuries and might do greater things for the team batting at number three. Maybe he might drop down and back himself to take the pressure off the youngsters, maybe not. Irrespective of what he does, Virat Kohli will go down as one of the contemporary greats of cricket.