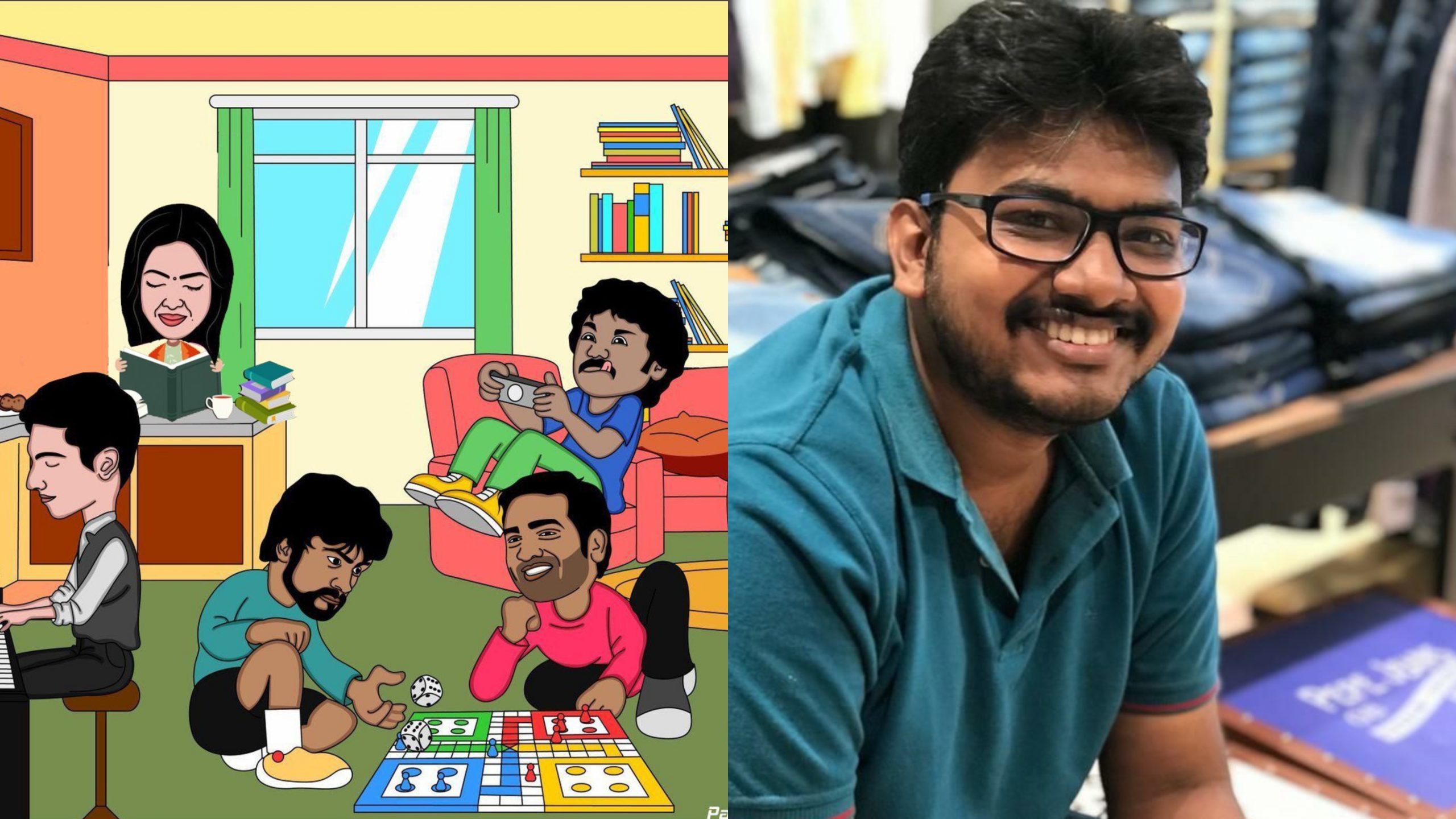 A popular fan page of actor Vijay shared a cartoon depicting the cast of Master in quarantine. The poster showed Vijay, Vijay Sethupathi, Lokesh Kanagaraj and editor Gopi Prasanna having fun, while Malavika is cooking.

Malavika rightly replied, “The task of a woman even in a hypothetical “movie house” is to cook? When will the gender roles die? Sigh. (sic).”

However, the things did not go well as the trolls and abuses started to flow. The haters began to call names and Malavika “had” to delete the tweet.

A day after the incident, a graphic designer named AG on Twitter shared an edited version of the fan art where Malavika was seen reading a book.

Malavika quoted the tweet and said that she loved that version and asked him how he knew that she loves reading.

The tweet and the response were certainly heartwarming to see for this art.

We spoke to AG (or Arun Goutham) about how he came up with the idea and more.

When I gave a look at it, I felt she had a point, she didn’t post anything offensive. Actually, she put it so nicely.

I Immediately posted a tweet that she should not have deleted it in the first place because that looks fine.

This was my first Tweet, it was not an edit, but my concern that she should not have deleted it.

Next day, I found some of the random netizens, still seems to make fun of her, criticizing her calling her names. Particularly, one random person made a comment that is a quite abusive tone. This is how I got the idea.

Why not we do the same thing but in a positive way? that’s how the fix happened.”

Adding more, “Some people are clearly overlooking the Stereotypes, and suddenly I sensed a lot of negativity around. So, quickly made a fix, that depicts like she is reading and having quality time like everyone else. Even before Malavika notices it the creative got tremendous response.

That response made me feel like there are people still open to discuss and break stereotypes. I’m glad Malavika too likes it, after all those backlashes, abuses she got.

On this whole issue, fixes and responses. One Good take away is, at least 10% who reacted to it( the fix) might discuss gender roles/stereotypes. All is Good,” he said.