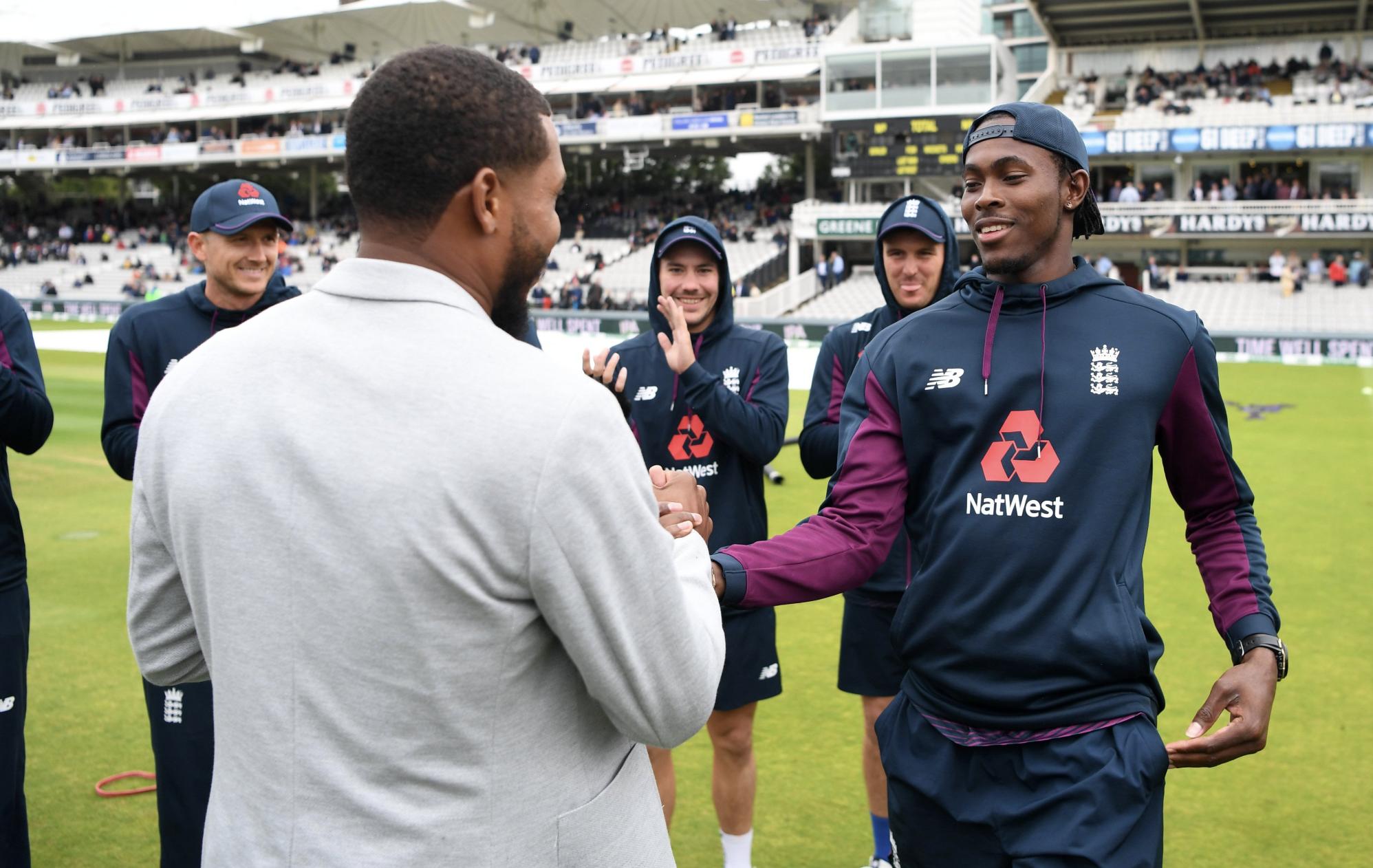 After so much anticipation and talks about team combinations and tactics, only rain had its say on day one of the second Ashes Test. persistent rain throughout the day left no choice for the match officials to abandon play after tea.

It was a gloomy morning in London as it started raining early in the morning. The rain got only heavier postponing the start of the second test match. It stopped raining around 10.45 am local time and an inspection was planned at 11 am.

It started raining again just when officials were about to inspect the outfield. With the forecast not being great, the rain persisted intermittently as lunch and tea were taken without any play.

It stopped raining around 2 pm local time as Umpires inspected the field and scheduled to strat toss by 3 pm. The play was scheduled to begin by 3.30 and with adequate light, it might go on until 7.30pm local time.

Meanwhile, Jofra Archer received his Test cap from his Sussex teammate and best friend Chris Jordan. It was an emotional moment for both of them, as Jordon had a significant role in Jofra’s move to England and playing county cricket. What an inspiring story it has been! Life can take surprising turns when you chase your dreams.

He started his career for Barbados, where he met Jordan back in 2012-13. He moved to England and played county cricket for Sussex. From there went around the world playing franchise cricket. He was selected for the World Cup and ended up as the leading wicket-taker for England, Not to mention the super over heroics in the final. Now, a Test debut at Lord’s. Only second English player to debut at Lord’s after Kevin Pietersen since 1975. What a turn around it has been for him.

When the captains were ready for the toss, the rain gods visited again. And they were in no mood to leave. Eventually, the play was abandoned by 4.20 pm local time. The next four days will have an extended half-hour play to compensate for the overs lost. The forecast for tomorrow looks good and hopefully, we will get to watch some exciting contest.

Shafali Verma could play in The Hundred

ENG v IRE, Only Test: England bowled out for 85