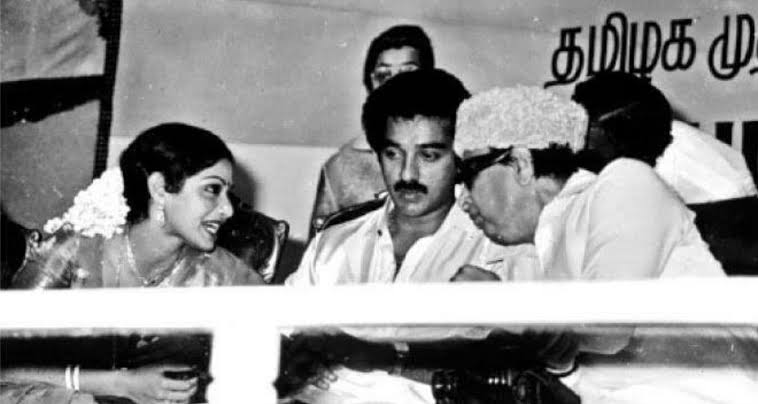 Ponniyin Selvan is one of the most anticipated movies for the upcoming years. The epic is based on the novel by Kalki Krishnamurthy.

There were a lot of attempts to make the story into a movie however, nothing worked out. In the late 1950s, former CM, MG Ramachandran wanted to make the movie, however, it didn’t take off. Later in the 2000s, Mani Ratnam was very close in making the movie at that time with Kamal Haasan, however, that attempt failed too.

Now, it looks like MGR wanted Bharathiraja to direct the movie with Kamal Haasan-Sridevi as the lead.
Recently during a promotional event, Bharathiraja recalled the time when he was shooting for the song Ponmane Kobam Yeno for Oru Kaidhiyin Diary, when MGR, who was staying at Tamil Nadu House, visited him on the sets. “He came to the shooting spot and asked, ‘Who’s the master?’ I shyly said it was me. He looked at me and said, ‘I asked about dance master’,” laughed Bharathiraja, adding, “He was looking to produce a movie for his MGR Pictures and said that he wanted me to direct Ponniyin Selvan. I was shocked. I politely asked him what he meant. He said, ‘You should direct it for me and Kamal Haasan and Sridevi should act in it’.”

Bharathiraja added that the three of them gave the nod. However, MGR left to America on the sixth day after that conversation, he said. “Otherwise, I would have made Ponniyin Selvan. I remember reading it when I was in class 10. It’s an epic. I don’t know how he [Mani Ratnam] is going to do it. But Mani has the capacity to pull off.”

Produced by Madras Talkies, Ponniyin Selvan has an ensemble cast including Aishwarya Rai.

“Let them prove by filing a case”, says director Prem on plagiarism controversy