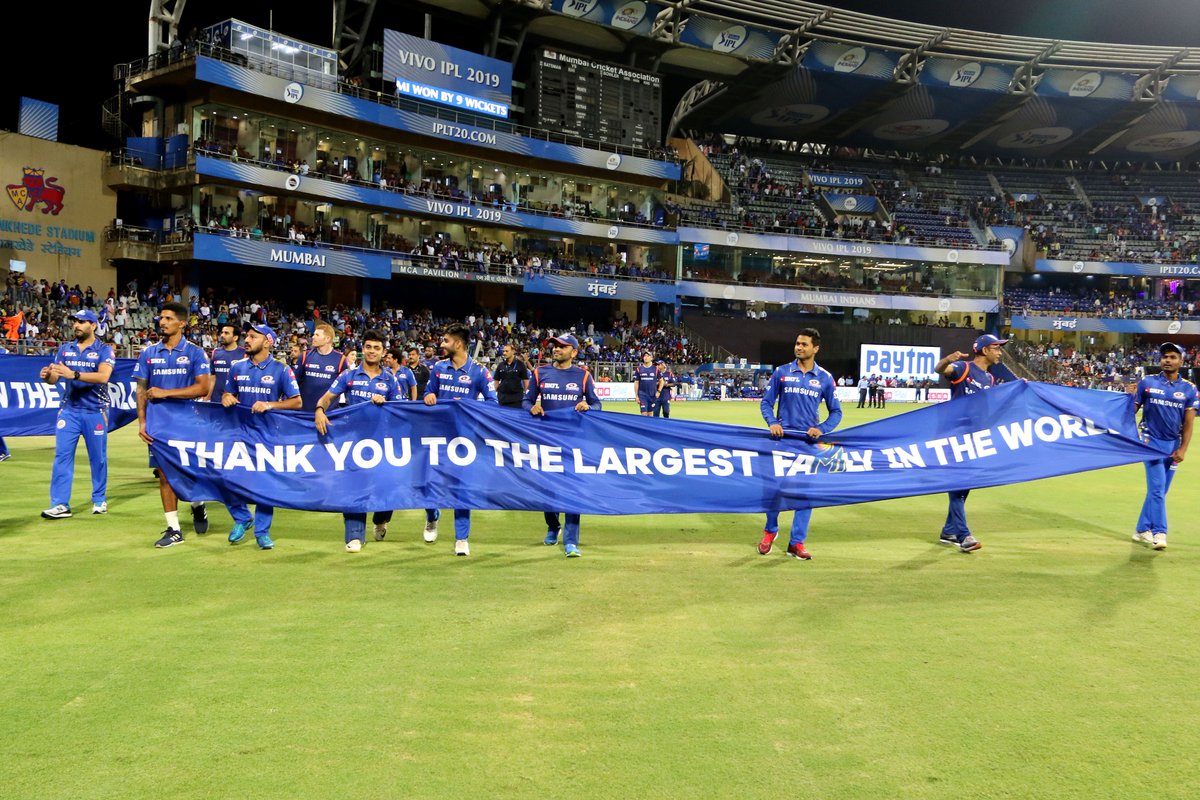 Recently, a Spanish based company Deportes & Finanzas made a study on the Social Media activities of the famous teams in the world.

The IPL Franchise Mumbai Indians and Chennai Super Kings featured among the top teams in Asia.

In April, Mumbai Indians ranked first amongst the Asian sports teams with 16.1 million views on its YouTube page. Royal Challengers Bangalore (7.26 million) and CSK (6.73 million) make up for the top three in Asia.

Globally, Mumbai Indians are ranked third on YouTube video content consumption by fans. FC Barcelona with 35.9 million views tops the chart, while Liverpool at 18.1 million is placed second. The Mumbai-based IPL franchise is third with a difference of just two million. RCB is placed at the 10th spot.

In March, Mumbai edged out CSK to become the highest ranked team based on most interaction.

Also, MI has the most number of followers in the Social Media among the IPL teams.

Here are the Data:

↪ 3rd most popular sport team in the world

📲 TOP 10 most popular sports teams in the world ranked by total interactions on #instagram during march 2019.