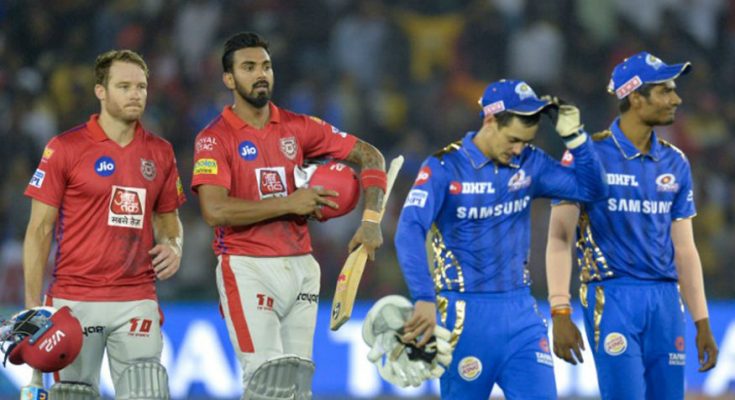 Unlike most of their seasons, Mumbai Indians is doing well in the early part of the IPL and that’s something they will be happy about. Early wins can take a lot of pressure off from the team. Having said that, they do have a lot of things to look into, especially the batting collapse.

Whereas Punjab is also having a similar run, thanks to Rahul, Agarwal and Sarfaraz Khan with the bat and their bowling has been good as well as everyone is doing their part right.

Mumbai Indians had a shocker early in the practice session with Rohit Sharma pulling his hamstring a bit. Looks like the captain is all set to play today. The wicket-keeper Quinton De Kock struggled with form despite a fifty and might well be replaced by Evin Lewis.

With Malinga coming back to Mumbai, it is unsure whether he will play today as Alzarri Joseph made full use of the opportunity given.

For Punjab, they have been doing good despite pitfalls here and there. They will stick to the same team. All eyes on Chris Gayle as the explosive opener is yet to score big.

In their first meeting with Mumbai in IPL2019, Punjab won the clash convincingly. Talking about head to head, it’s 12 wins for MI and 11 wins for KXIP overall and in Wankhede 4-4 it is.