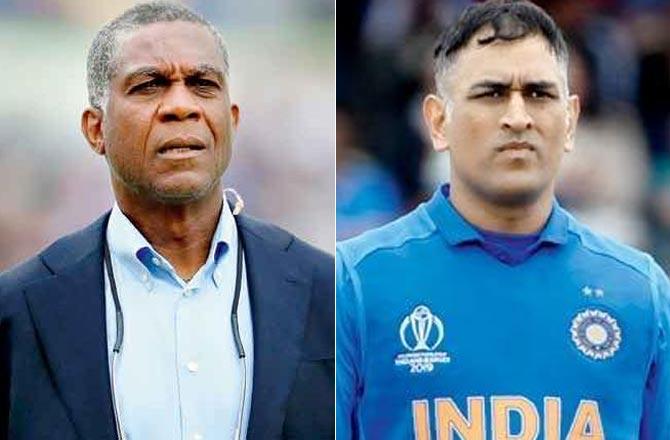 MS Dhoni, who didn’t play a match since the last world cup, called it day on August 15th.

Talking about India’s loss in recent ODI against Australia, Holding said that India are missing the composure and control of MS Dhoni.

“It was always going to be difficult for India to chase that down. One thing India will struggle with is the loss of Mahendra Singh Dhoni,” Holding said in a YouTube chat show ”Holding Nothing Back”.

“Dhoni comes in to this Indian batting order halfway down and he usually takes control while chasing. India have chased so well in the past with MS Dhoni in the team.

“This batting line-up that they have got is still very talented – we saw some talented players and fantastic strokeplay. Hardik played a beautiful knock but they still need a player like Dhoni. Not just his skills but his strength of character,” he added.

“They have never been afraid to win the toss and insert the opposition because they know what MS Dhoni is capable of and their batting is capable of.

We never see Dhoni panicking at any stage while India are chasing. He usually paces that chase so well because he knows his ability and he knows how to go about the chase. Whoever is batting with him, he is always talking with them and helping them. Fantastic batting line-up, but MS Dhoni was a special man in the run-chase,” Holding said.

India went on to lose the first ODI against Australia by 66 runs. The top-order did not fire for the team, except for Shikhar Dhawan and in the middle order, Hardik Pandya took the team to a decent total with his 90. Earlier, Aaron Finch and David Warner gave a blistering start to the team and Steve Smith, Glenn Maxwell capitalized on the same.

India’s fielding and the bowling weren’t up to the mark as well. India will take on the hosts in the second ODI tomorrow.