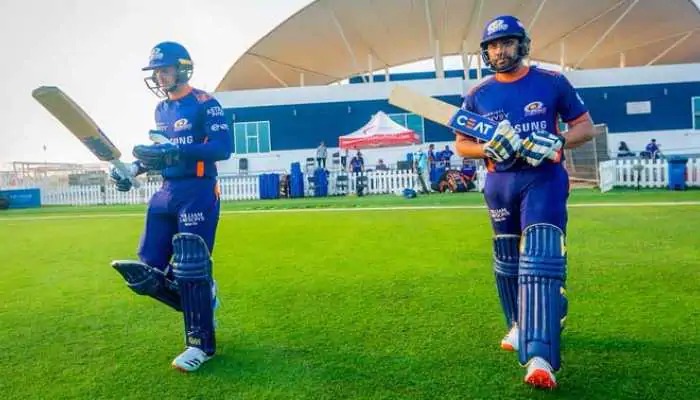 The major reason for Mumbai Indians and of course, Chennai Super Kings is their core. The players who know each other’s game very well, who bonds beyond just the match and complements each other on and off the field.

Coming into this tournament, Mumbai have that same core which is the mixture of brutal and grace. You don’t know what they bring to the match on a particular day. Adding to the list is Chris Lynn, whose hard-hitting ability needs to introduction but it is difficult to fit him in the playing eleven and might not be the first pick.

Rohit Sharma will be raring to go after his injury and according to his recent interview, he will be opening the innings for the team. Rohit and de Kock did well in the previous season with Suryakumar Yadav holding the key in the middle-order. Saurabh Tiwary is back to the team after years and might play from day 1 too. Then Pandya brothers followed by Pollard.

Pollard was simply outstanding in the CPL, both with his batting and the captaincy which is a big plus for the team.

The team certainly will miss the services of Lasith Malinga. Even though he isn’t the same bowler he was once, the name Malinga was all enough. He gets into the batter’s mind that easily.

Among the domestic talents, Rahul Chahar and Jayant Yadav might be the first choice followed by Anukul Roy. Prince Balwant and Mohsin Khan might come handy too.

Among the overseas players, Mitchell McClenaghan might start in the initial eleven and James Pattinson or Trent Boult will be the other one. Having said that, Nathan Coulter-Nile’s all-round ability might find him a place in the team. Of course, might end up either way. We did see what happened with Ben Cutting. Sherfane Rutherford might not find the place in the team initially but can turn vital if given chance.

Now, the problem with the team is that they lack a “world-class” spinner. However, the team never had someone like that, at least in recent years. There was Mayank Markande, There is Rahul Chahar and Jayant Yadav. With a couple more spinners in the dugout, this shouldn’t be the biggest of problems.

The absence of Malinga will make the bowling attack a bit weak though they have different talents to make it up for it. This might cause overdependency on Jasprit Bumrah.

The other issue is finding the right balance and the team. It might go either way for Mumbai, something we have seen earlier.

Among all the teams, MI will now have the strongest of fielders, thanks to the inclusion of Trent Boult.

The team do look great on papers, it will be interesting to see how they go on field.

IndVsSA: Yet another Virat Kohli masterclass in display at Mohali