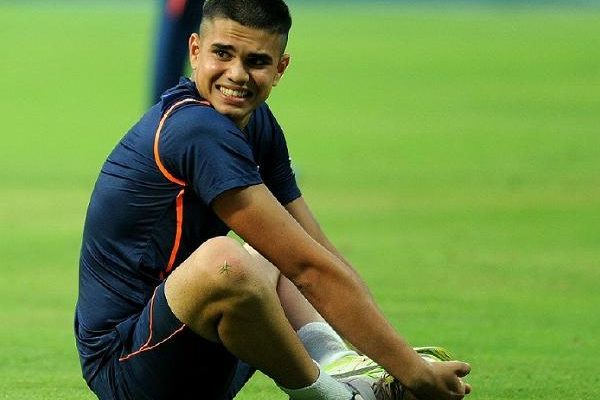 Western Suburb is one of the two new teams along with Eagle Thane Strikers to join the Mumbai T20 League, which will make the competition an 8-team affair.

The second edition of the Mumbai T20 League will commence from May 14, only two days after the Indian Premier League ends.

Tendulkar junior has represented India in two U-19 ‘unofficial Tests’ against Sri Lanka last year, where he got three wickets. The 19-year-old had recently played in the DY Patil T20 tournament and has also made it to the U-23 Mumbai team.

He has been an active bowler in the nets for the Indian team, He almost injured England’s wicketkeeper Jonny Bairstow with a pinpoint yorker.

The major plus of this left-arm pacer is that he is tall and quick, and is an able batsman down the order, someone who likes to hit the ball hard. He is in good form as well. He was placed in the all-rounder list with a base price of 1 Lakh.