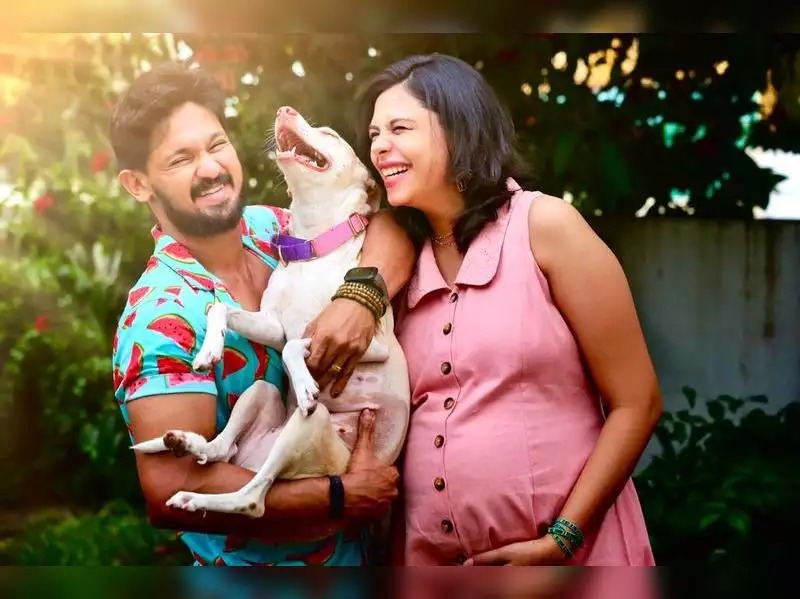 Nakkhul and Sruti have revealed that they have named their daughter as Akira. The actor took to social media to announce the name.

He wrote:
“Say hello to our daughter – Akira Sruti Betarbet 🥰
Thankyou so so much @prathap87 for the design ! @srubee and I love it !! 🤍(SIC)”

Earlier, the actor shared a beautiful picture of the couple and announced that they were expecting.

Sruti and Nakkhul also spoke about stigma around the pregnancy and the societal pressure.

“We would like to share some of our thoughts which we have been contemplating for a while now,” the duo began the post, going on to speak about some of the questions one should never ask expectant parents. “When a couple decides to take the family route, it is one of the most personal decisions, be it a common man or a public figure. Questions like- It has been so long since you’ve been married now, when is the good news? Thank god people will now stop asking you about when you will have a baby. Now that you are pregnant, I hope you have a boy…among many questions that should not be asked,” their post read.

They also added that they were not having the baby because of social pressure, further throwing light on the importance of fighting against peer and societal pressure. “If you are going to succumb to every single social and peer pressure, you will never end up living your life the way you want. This year has been extra hard on all of us. Let us try to learn, grow, be kind and empathetic to one another. We all need it more than ever,” they said, signing off.

On the work front, the actor will next be seen in ‘Eriyum Kannadi’ along with Sunainaa in the lead role.