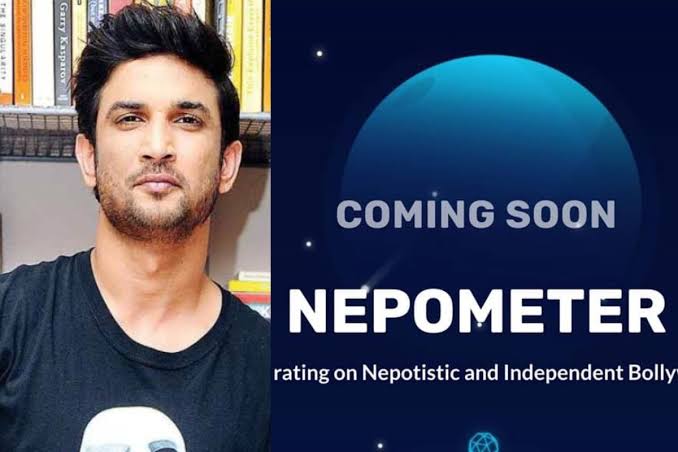 A few days ago, Sushant Singh’s brother in law Vishal Kirti launched Nepometer, a platform that will provide rating for films and Television shows based on how nepotistic the film is. How many outsiders worked on the same.

As per Vishal, the platform has been launched in loving memory of Sushant. The details of what the platform is about were revealed through a tweet.

“Fight Bollywood Nepotism with information. We will provide rating for movies based on how nepotistic or independent movie crew is. If the Nepometer is high, then it’s time to boycott Bollywood nepotism, (sic)” the tweet mentioned.

This did separated the fans who wanted to know the real purpose of the site.

On Friday, Vishal Kirti took to Twitter to clarify the purpose of Nepometer.

He wrote, “We’re still grieving. Our focus now is to take care of each other. I shared my brother’s idea of Nepometer because it enables people to make informed choices. It’s a small tribute to Sushant. It’s a not for profit, (it is a) voluntary effort. Please stay patient since it isn’t our first priority. (sic)”

So far, the Nepometer gave Alia Bhatt starrer Sadak 2 a rating of 98% as the film gives very less representation to outsiders in Bollywood.